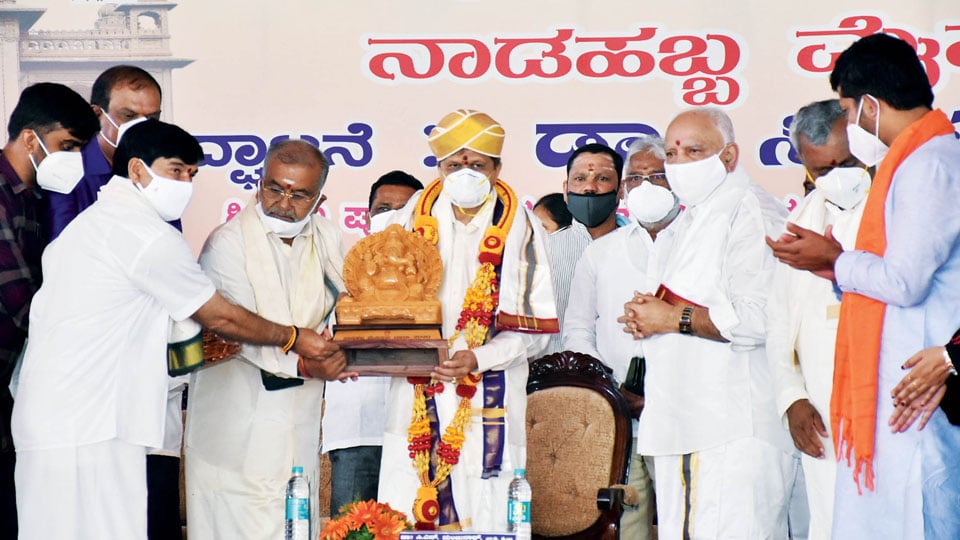 Mysore/Mysuru: COVID-19 guidelines issued by Union Health Ministry went for a toss due to its violation at the inauguration of Dasara atop Chamundi Hill this morning.

Although the State Government had restricted the crowd to 200, the number of Police personnel on duty crossed 100 due to presence of VVIPs. Local villagers complained that Dasara inauguration resembled BJP Convention due to presence of party workers in the enclosure meant for residents. People were allowed for the event only after producing Corona report.

The mandatory social distancing was flouted while offering floral tributes to the idol of Chamundeshwari as all of them jostled for the space.