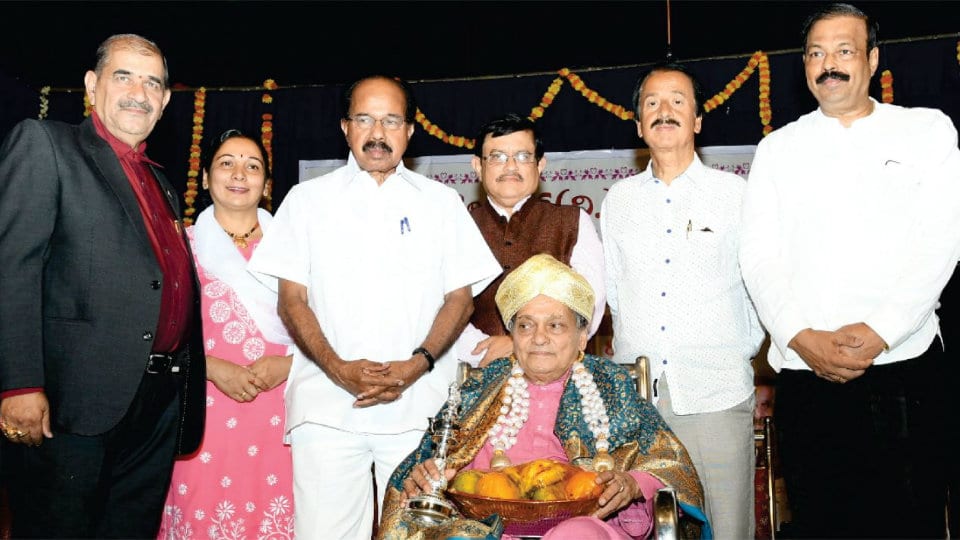 Never attach a geographical tag to any art: Dr. Moily

Mysuru: “Any art should not be tagged with its geographical origin and all forms of art in the State should be treated as a single entity,” opined former Chief Minister Dr. M. Veerappa Moily.

He was speaking at the valedictory of the three-day ‘Yakshotsava’ organised by Innovative-Mysuru in association with the Department of Kannada and Culture at Jaganmohan Palace here on Sunday.

Dr. Moily observed that there was a demarcation between art of South and North and similarly Yakshagana should be treated as an art of Karnataka instead of aligning it to coastal region alone.

He pointed out that people of the State should feel proud of Yakshagana like Kathakali in Kerala. He added that such an encouragement would spread the wings of Yakshagana across the world.

Citing an example, Dr. Moily said  there were six Yakshagana Melas in Kateel near Mangaluru and to organise a show, it should be booked years in advance indicating that Yakshagana had survived despite a quantum leap in modern technology.

Continuing, he said that the music of Yakshagana too was unique like Karnatak or Hindustani music. He pointed out that personality should blend with culture to evolve a true person and added that wisdom should be coupled with humility and faith in God to make life complete.

Hailing G.S. Bhatta as the Cultural Ambassador of Yakshagana, Dr. Moily commended the former for promoting Yakshagana in city for the last four decades.

The three-day event concluded with the staging of yakshagana ‘Duryodhana Avasana.’