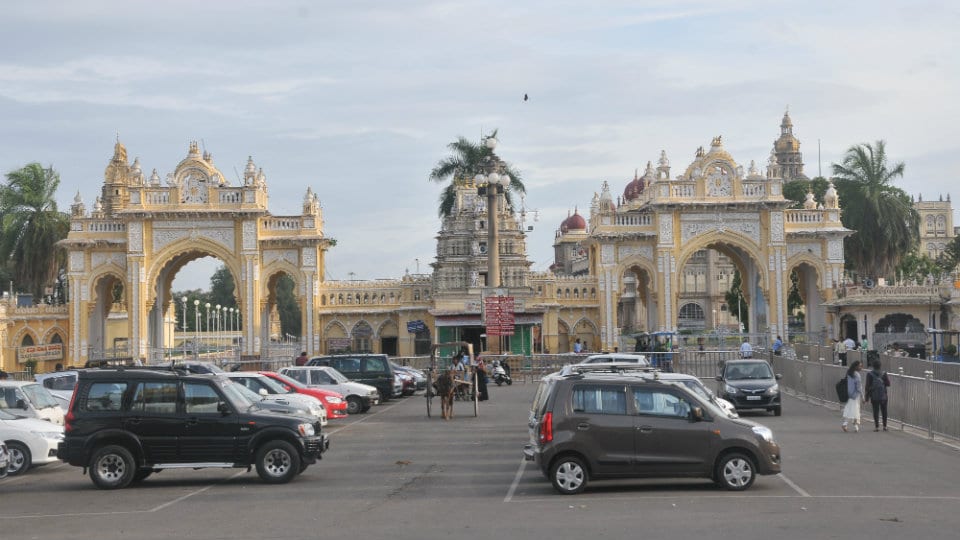 New entry gates to Palace to be operational from Aug. 17

Mysuru: In a tourist-friendly initiative, the District Administration and the Mysore Palace Board has decided to set up two more gates to facilitate the entry of tourists. Till now, all tourists had to enter the Palace through Varaha Gate after buying tickets at the counter there.

The new gates that will be opened for tourist entry are Amba Vilas Gate 1 and Gate 2 near the CADA (Command Area Development Authority – Cauvery) on the Purandara Dasa Road and the Jayarama-Balarama Gate near the Kote Anjaneyaswamy Temple.

Speaking to Star of Mysore, Deputy Director of Palace Board T.S. Subramanya said that the new gates will be operational from Aug. 17. “Till now, only the Varaha Gate was open and this had led to a lot of rush. Also, tourists who come to city head straight to Kote Anjaneyaswamy Temple to enter the Palace. As the gates are closed, this would be misused by autorickshaws and tongawallas who would take the tourists to Varaha Gate in a round-about route via D. Devaraja Urs Road and Sayyaji Rao Road,” he said.

New ticket counters will be set up near the gates that will be open and tourists can make use of the facility from Aug. 17, he said.

Mysuru District in-Charge Minister Dr. H.C. Mahadevappa will inaugurate the ticket counters on Aug. 17 at 11.30 am when he will inaugurate a 360-degree website of the Palace, he said.