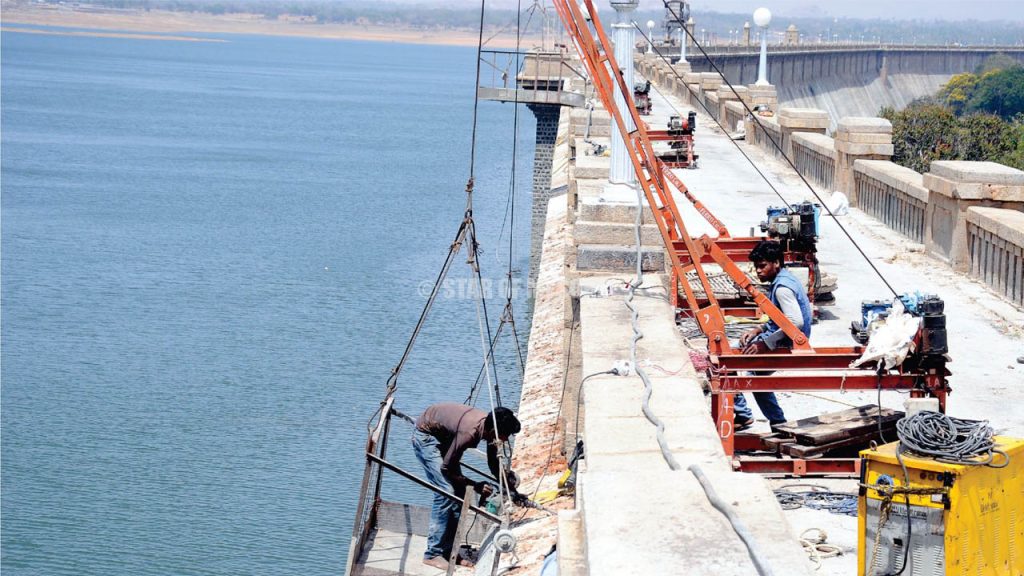 Taking advantage of the rapidly depleting water level at the Krishna Raja Sagar (KRS) Dam, the State Government has launched a series of works to repair and rejuvenate the structure. Works are on to strengthen the walls, plugging leaks and cementing cracks. 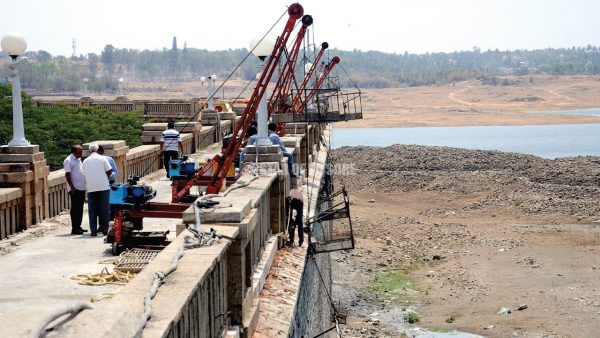 The works are being taken up by the Water Resources Department and Cauvery Neeravari Nigam (CNN) Limited under the project “Dam Rehabilitation and Improvement Project” funded by the World Bank. The total cost of the project is estimated to be Rs. 38.70 crore.

A detailed inspection of the 100-year-old dam has been done and holes on the structure have been identified through “Poly Ironite Ceramic Cementitious Pointing” and they will be filled using Crystalline Technology through Fibre Short Crate. The process will be videographed for precision and the holes will be sealed through grating process. According to officials, the sealing of holes will strengthen the dam which has not seen repairs since decades. 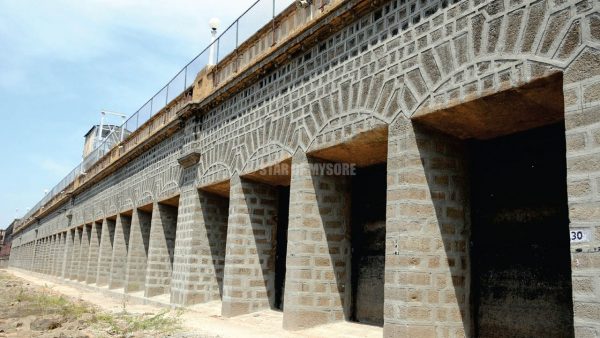 The completed works of the inner side of KRS reservoir.

The contract of rejuvenating the dam has been handed over to Ferro Concrete Construction (India) located at Bhagirathapur in Indore, MP, on July 21 last year. The company has started works since 6 months and every day over 150 workers and supervising engineers are undertaking the works. Filling of cracks and holes are being done with over 25 machines.

Added to this, workers are scaling the dam structure with carriages suspended from the top to check cracks. They are drilling the structure every four metres to test for cracks and leakages. The structure is being scanned through high-powered video cameras and engineers are monitoring the works through the videos.

Workers have already finished 50 percent of works and have completed patchworks where the water has reached rock-bottom level. Officials say that the entire works will be completed by six months. 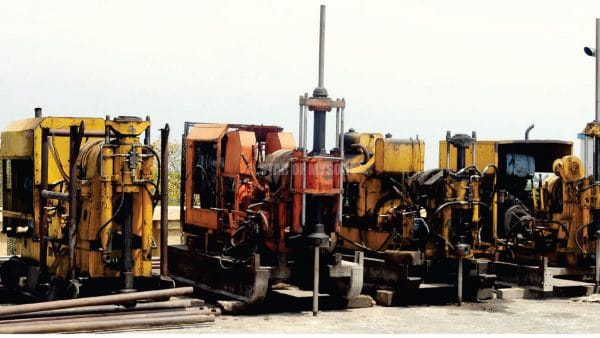 Machines connected to the generator at the work spot.

Delegations from Central Water Commission and World Bank have visited the dam site to supervise the works a couple of times and they have commended the repair and restoration works, said CNN Executive Engineer K. Basavaraje Gowda.  “The extensive repair and restoration works will make the dam sturdier to hold water and will plug leakages,” said Assistant Executive Engineer C. Vasudev.

To ensure safety and security, identity cards have been provided to all the workers and they are given entry into the dam only if they produce the ID cards. The Karnataka Industrial Security Force (KISF) is in charge of the dam security.

In the second stage of the project, the 136 floodgates of the reservoir will be replaced at an estimated cost of Rs. 38 crore and the project is in tender stage. Later, the instrumentation works of the dam will be taken up at a cost of Rs. 1.5 crore. “A proposal for other works including rejoining wall and electrification has been sent to the Government and the total estimate is Rs. 30 crore,” officials said.