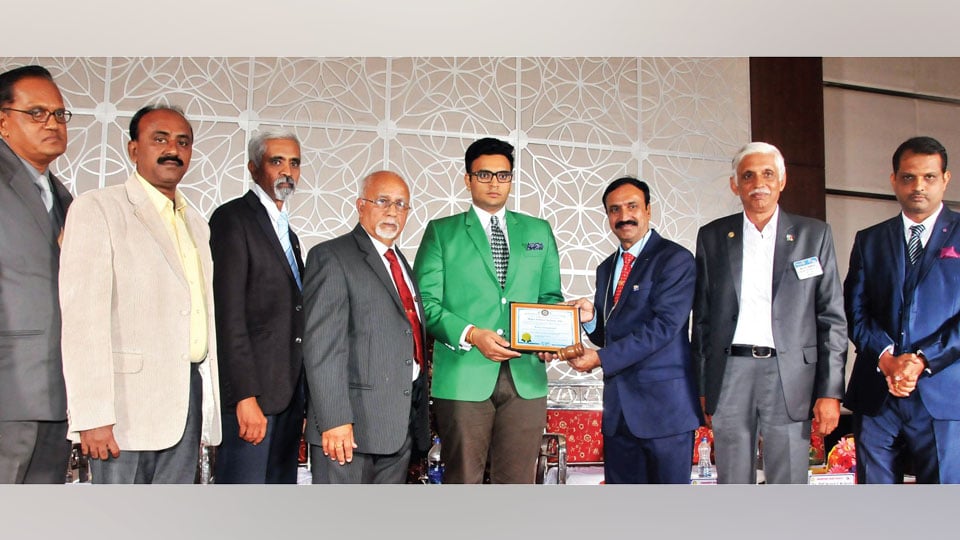 Mysuru: The new office-bearers of Rotary Mysore Brindavan for 2017-18 were inducted at a function organised by the Club at a hotel in city yesterday.

Prakash Keshav was inducted as the new President followed by Harish V. Kulkarni as Secretary and Ramdas as Assistant Governor. The charges were handed over by the previous office-bearers K.S. Raghavendra, Sriprakash R. Hanasoge and Yashwini Somashekar respectively.

The activities of the Club for the year 2016-17 was presented through a multi-media projection.