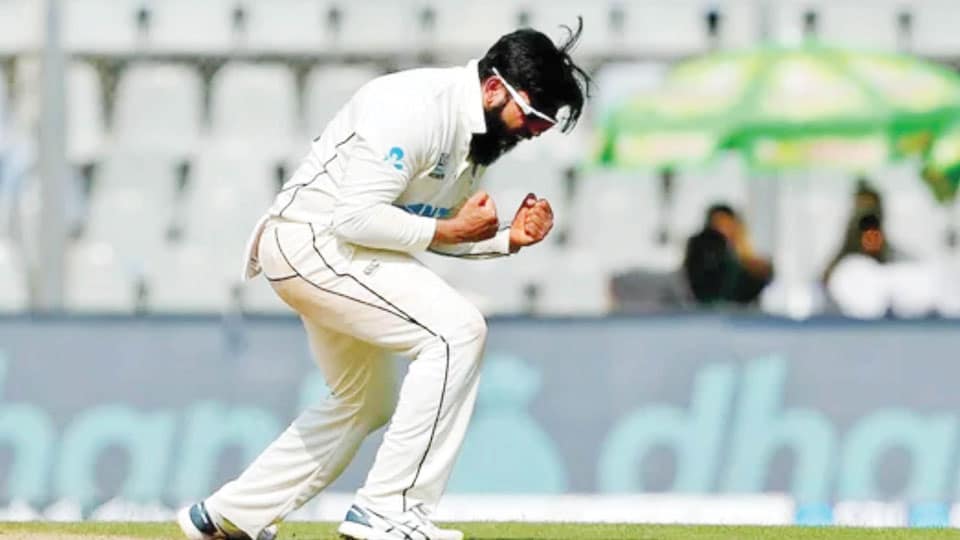 Becomes 3rd bowler to do so in Test Cricket History

New Zealand spinner Ajaz Patel achieved the rarest of rare feats when he took all 10 wickets to fall in India’s first innings on the second day of the ongoing Mumbai Test. Ajaz Patel became only the third player in the history of Test Cricket to do so on Saturday.

He joins England’s Jim Laker and former Indian Captain Anil Kumble to dismiss 10 opposition players in an innings. Jim Laker achieved the feat against Australia in 1956 while Kumble did it against Pakistan in 1999.

Ajaz continued his fine bowling performance from Day 1 where he claimed four wickets. On the morning of the second day today of the ongoing Test against India, Ajaz once again tormented the Indian batters and spun a web around them to take the remaining six wickets.

Ajaz ended with figures of 10 wickets for 119 runs in 47.5 overs. The fall of the 10th wicket will forever be etched in the New Zealand players’ mind with No. 11 Indian batsman Mohammed Siraj skying the ball only to be caught at mid-on.

India were all out for 325 runs in the first innings with Mayank Agarwal ending as the top scorer with 150 runs. Axar Patel also scored a fighting half-century — his maiden one in international cricket.