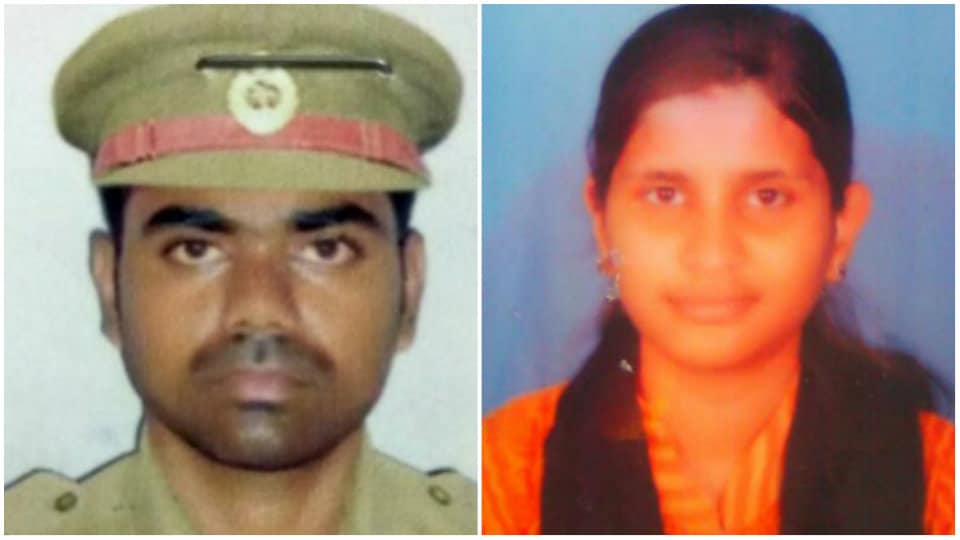 Chamarajanagar: A newly-married woman attempted suicide by setting herself on fire on the KSRTC Depot premises in Chamarajanagar yesterday. The Police have now arrested the woman’s husband.

The woman has been identified as 21-year-old Rakshitha, daughter of Ramegowda. She was pursuing her final year engineering at Bedarapura in  Chamarajanagar. A resident of 8th Cross at Gangothri Layout in Mysuru, Rakshitha used to travel daily from Mysuru to Chamarajanagar.

She befriended bus driver-cum-conductor Srinivas during her commute to the college and the both fell in love. Their relationship was, however, not accepted by their parents as both of them belonged to different castes. Despite this, they got married four months ago amidst much opposition from their family members.

After marriage, Rakshitha continued to stay at her parent’s house as Ramegowda was unwell. She visited the KSRTC depot yesterday along with her father and made enquiries about Srinivas. On not finding Srinivas, she is believed to have panicked and told her father she would go to the toilet and return. She tried to immolate herself using petrol near the toilet.

Hearing her screams, Ramegowda rushed near the toilet and tried to extinguish the fire and in the process sustained injuries. Seeing this, passersby doused the fire and admitted Ramegowda and Rakshitha to the hospital. Rakshitha was shifted to K.R Hospital in Mysuru as her condition was critical.

Rakshitha’s parents claimed that their daughter tried to end her life due to harassment meted out by her husband. Her mother has also alleged that some unidentified person, based on the instructions from Srinivas, had poured petrol on her daughter and set her on fire. The Police have now arrested Srinivas and investigations are on.