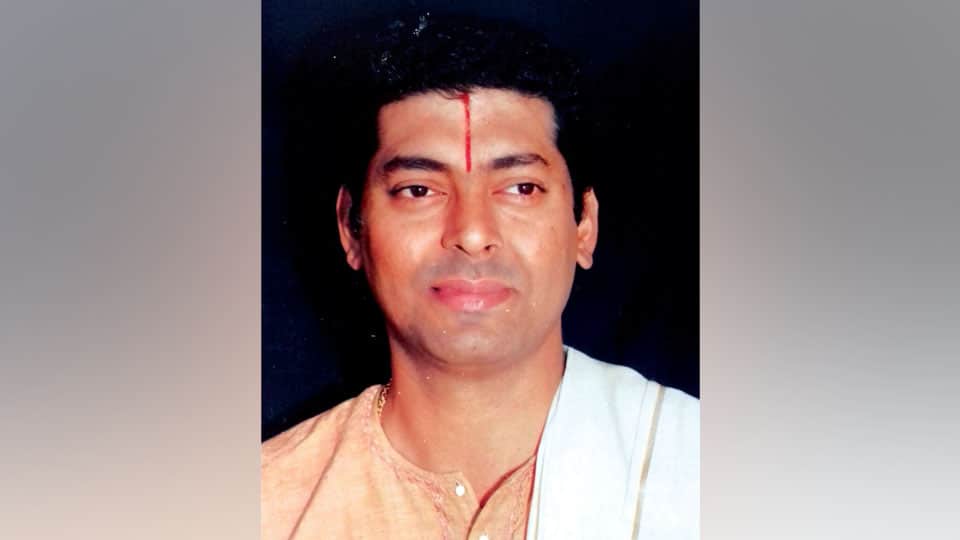 Mysuru: A music concert in memory of Smt. S. Nirmala will be presented by Vidwan N.R. Prashanth at Nadabrahma Sangeetha Sabha on JLB Road in city on July 22 (Saturday) at                    6 pm.  He will be accompanied by Vidu. Adithi Krishnaprakash on violin, Vid. Mysore A. Radhesh on mridanga and Vid. V. S. Ramesh on morching.

Prashanth, a versatile Karnatak musician, has an Engineering degree in Instrumentation Technology from the University of Mysore. His flair for and devotion to the art has brought out the musician in him. He was a faculty at Singapore Indian Fine Arts Society, Singapore, for more than six years. He performed around the region and taught a huge band of students including performers. His interest in music extends to performing single raga concerts and lecture demonstrations.  Prashanth’s tutelage under R.K. Padmanabha and Neela Ramgopal has been a privilege to his musical journey. Now he is being trained under Vid. R. Visweswaran.