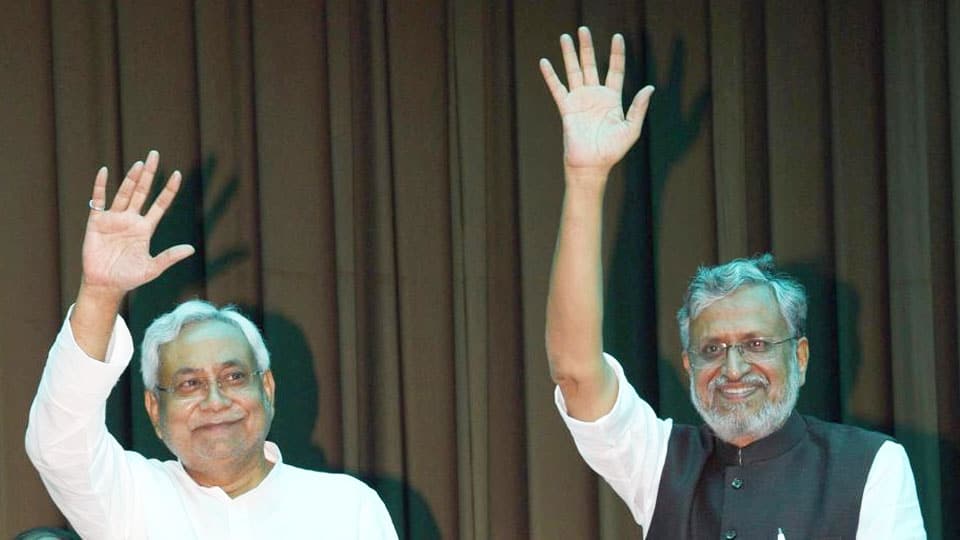 Patna: Chief Minister Nitish Kumar has sailed through a trust vote in the Bihar Assembly with 131 of the 243 legislators voting for him.

The vote and a discussion before it were held amid protests and slogan shouting by Lalu Yadav’s RJD, now the chief opposition party. Nitish Kumar wrapped up the discussion with a short speech, rejecting the opposition’s allegation that his new alliance with the BJP has been built on political opportunism.

The RJD had requested a “conscience vote,” a secret ballot in which legislators are not bound by orders to vote for their party, which has   been rejected.

“Secularism can’t mask corruption,” Nitish Kumar said in the Assembly, adding, “These are arrogant people. Political parties get a mandate in elections to serve the people…the people were fed-up.” His former partners the RJD and Congress say their alliance got a massive mandate in the Assembly elections on an anti-BJP plank and so Kumar’s decision to partner with the BJP is unethical.

This morning the RJD moved court challenging the appointment of Nitish Kumar as Chief Minister. The court admitted the petition but refused to stop the trust vote, saying it would hear the case on Monday.