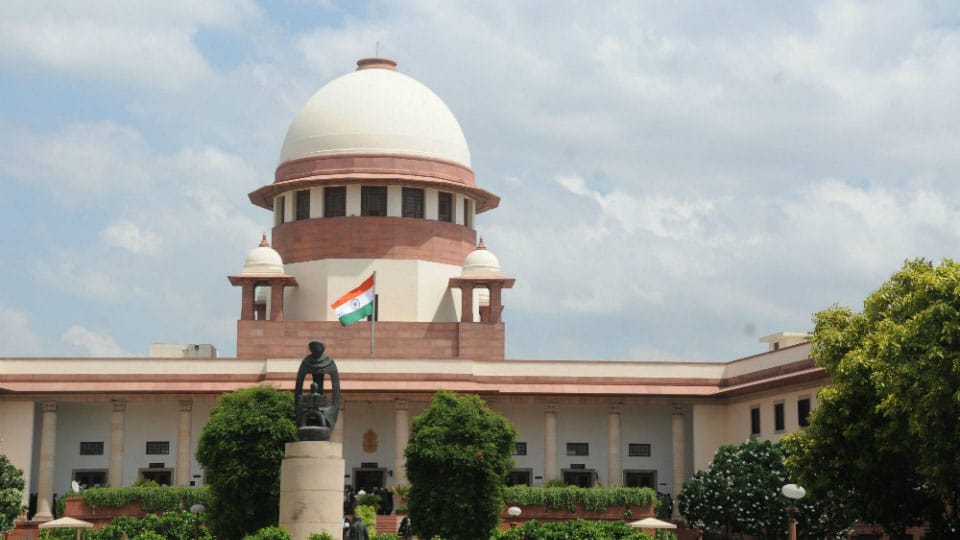 New Delhi: A Family Welfare Committee (FWC) in every district will scrutinise dowry harassment cases before local Police can arrest the accused, the Supreme Court (SC) said yesterday, laying down a set of guidelines to curb misuse of law.

Indian Penal Code (IPC) Section 498A has been criticised for giving “disgruntled women” a legal option to harass their husbands, and the latest orders take forward measures announced by the top court in 2014 when it prohibited automatic arrests.

A Bench of Justices A.K. Goel and U.U. Lalit barred the Police from making direct arrest and said the involvement of civil society was necessary “to achieve the laudable object of punishing cruelty at the hands of husband or his relatives against the wife.”

Quoting the National Crime Records Bureau’s 2012 data, the Bench said that a quarter of all arrests were those of women — mothers and sisters of husbands — and while charge-sheets were filed at an “exponentially high  93.6%” of cases, only 14.4% ended in convictions. The report projected that out of the 3,72,706 cases pending trial in 2012, as many as 3,17,000 were projected to lead to acquittals.

The court, however, put a rider to its restrictions, saying that they were not valid in offences involving tangible physical injury or death. The top court also ordered that trial courts must decide bail applications in such cases on the same day as far as possible. Recovery of disputed dowry items may not by itself be a ground for denial of bail, if maintenance or other rights of wife/ minor children can otherwise be protected, SC said.

According to the ruling, the District Legal Services Authority (DLSA) will form the committee comprising three members who could be para-legal volunteers, social workers, retired persons, wives of working officers or citizens who may be found suitable and willing.

A dowry harassment complaint to the Police or Magistrate will be referred to the committee that can interact with the parties personally or through electronic communication. The committee must submit its report to the authority, which refers the complaint to it within a month.

Till the report is received, no arrest should be made, the court said. After considering the report on its own merit, the Police or Magistrate will proceed with further action.

SC also directed that only a designated Investigating Officer of the area shall investigate dowry harassment cases. Such designations must be done within a month, the court said. These officers must be trained, which the court held must be completed within four months.

Decide bail applications on same day as far as possible.

Grant exemption from personal appearance or allow it by video conferencing.

Dowry harassment Supreme Court
News that drove me back to Bombay: Is it possible to live and die like Krishna Raj?!
Nitish Kumar wins trust vote