Home » Columns » Abracadabra By K. B. Ganapathy » News that drove me back to Bombay: Is it possible to live and die like Krishna Raj?! 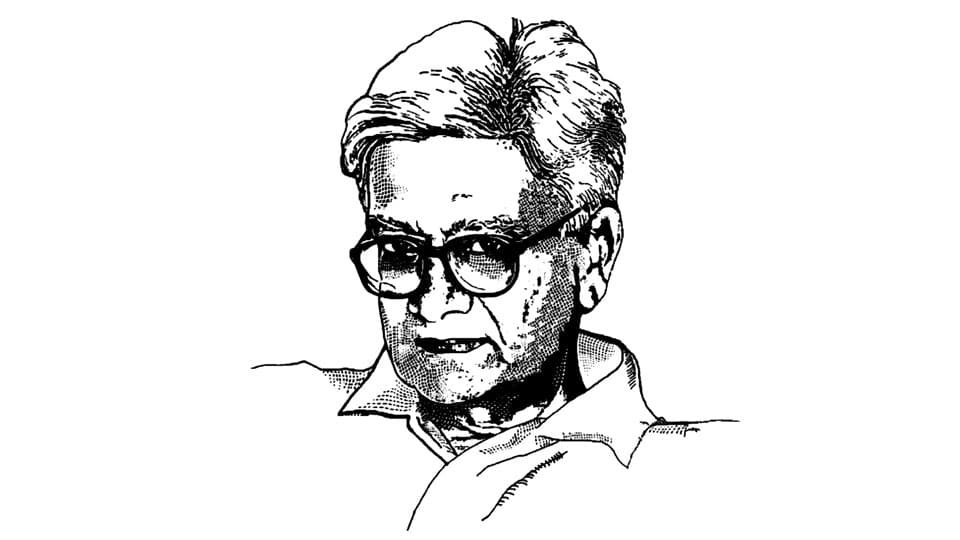 News that drove me back to Bombay: Is it possible to live and die like Krishna Raj?!

As a journalist my academic diet has been newspapers. Missing a day’s newspaper (not TV or Radio) is like missing a day’s meal. Of the many news, sometimes some news items tend to evoke memories of the past with such emotion and nostalgia I get lost in a mystical reverie. Such a news I read on 25th of this month and it related to EPW — Economic and Political Weekly, published from Mumbai. It made news because of the abrupt exit of its Editor Paranjoy Guha Thakurta.

Paradoxically, it was not so much the (forced) resignation of Thakurta that made news as the protest expressed by 150 academics urging the owners of the EPW, the Trustees of the Sameeksha Trust, to remember their accountability to EPW’s contributors and readers.

Be that as it may, memories came rushing to my mind of those few months I worked for EW (Economic Weekly), the change to EPW came later as its second avatar. In the early 1970s, I worked as a Sub-Editor-cum-Proof-Reader-cum-Page-Make-up-man, along with my close friend Colin D’Souza, who was a permanent employee there in the same position. Like most of the offices, it was housed in an old Colonial building, a space of a single room, walkway, dark when no light even during day, at Hitkari House somewhere in the Fort area near Colaba where I stayed.

The iconic, legendary Editor-Founder of EW was one  Sachin Chaudhuri, a man of many parts — market reporter, film critic, editorial writer for Sunday magazine etc. — but more importantly an academic considered an intellectual and an economics brain. It is not surprising, therefore, he set up the publication of EW in 1949 taking it to great heights as a magazine of research and scholarship with many academicians contributing to it. His fame as an economist had already spread across India so much so the economic planners at Delhi often took a peek into what was published in EW.

I remember, my friend Colin telling me that one morning his Editor began getting telephone calls congratulating him for being made the Union Finance Minister, when in fact it was someone else of the same name. His friends heard the news on Radio (no TVs those days) and concluded wrongly!

He died in 1966 and was succeeded by Prof. R.K. Hazari, an economist. He made big news for those days of ‘Licence-Permit Raj’ by what was known as ‘Hazari Report,’ if my memory serves me right. The Government of India had appointed him to study the procedure related to issuing of licences to start industries, the regulations on the volume of production etc. It was a sensational report for those days when he exposed the ‘foreclosing of licences’ by a few industrial houses to the denial and exclusion of other aspirants. Prof. Hazari soon became the Deputy Governor of the Reserve Bank of India (RBI) in 1969.

When Hazari visited EW office as Deputy Governor of the RBI, my friend Colin took me to his office to meet the great man. He was like a child — explaining to a few of us there how he was wonder-struck looking at his huge office, huge table, an array of multi-coloured telephones, the sofas etc., etc.

Krishna Raj, an Assistant Editor, who had joined EW two years after passing out of the Delhi School of Economics, became a natural choice for the Editor’s post. I worked for a few months during his period. A commoner in looks, with faded pockmarks on his visage, simply dressed in a half-sleeve light-coloured bush coat, pants and chappals. Very reticent, chair-bound, always focused on some manuscript. Colourless person but allowed a couple of editorial staff to work with freedom. Gentle and soft-spoken, whenever he spoke, that is!

It was during this brief stint of mine in this EW office that I came to see the legendary journalist of Bombay of those days, from the famous stable of The Times of India, M.V. Kamath. He was married to a white lady, the baggage he got as a result of working as Foreign Correspondent of PTI and later Washington Correspondent of The Times of India, the grand-old-lady of Bori Bunder, as we journalists used to call TOI.

Kamath had just then come back and was made the editor of The Sunday Times. He later became the Editor of The Illustrated Weekly of India, now defunct. He used to come to EW office in the forenoon, type out his column called ‘From Here and There’ for the week and go. Unlike Krishna Raj, Kamath would liven-up the atmosphere with his pep-talk and a gentle smile spread across his moon-like face. What I found in both these journalists was that both were workaholics — work, work, work. In fact, a case of talk less, work more.

Krishna Raj, hailing from Kerala and studying in Delhi, had the Leftist leanings commonly found among those coming from Kerala and Delhi Universities. As today, then also these Leftists were considered as “Intellectuals!” To be different from the ordinary mortals who keep their names with all its glory and length proudly, Krishna Raj jettisoned the prefixes to his name “Korekattu Nattamkandath,” usually abbreviated to initials KN. He was simply Krishna Raj. I loved his name, not so much the man. But he was a good man, scholar, no doubt. I think Hazari made him the Director of Dena Bank, if my memory does not cheat me. Let it be.

What, however, intrigues me is the way Krishna Raj got married and the way he died. Both happened in an unobtrusive, quiet manner. As if it mattered only to him alone and none else. If someone were to ask me, Show me a genuine, authentic Saint, a Rishi?, I would without hesitation name Krishna Raj. The man who lived as he believed. He did not bother when someone did not quite agree with his idea of life and work.

He married his Delhi classmate Maithreyi on a working day, going through a brief civil ceremony in a friend’s house in the morning, and returned to the office. Of course, a little late. His friend, who was one of the witnesses to the marriage, said that even his boss, the Editor of EW, did not know that Krishna Raj had come to office, after his marriage held four hours earlier!

And about his death? A man, despite being an introvert of sorts, found his relaxing moments in liquor or in the company of children. Indeed an unconventional journalist and an uncommon common man.

He was a regular visitor to his son and daughter-in-law in San Francisco, USA, according to Frontline. On the morning of January 15, 2004, he returned after six-week sojourn in the US. He, as was his wont, returned to work the next morning. Returned home late night. His colleague spoke to him and his wife that night. “He then went to bed, never to wake up.”