Home » News » There is no other art bigger than Yakshagana: Dr. Bellipadi Satish 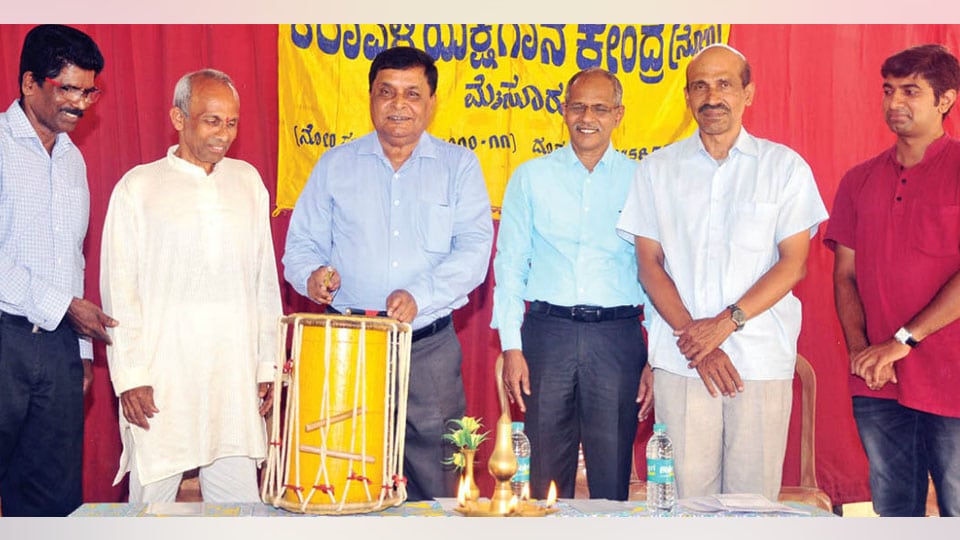 There is no other art bigger than Yakshagana: Dr. Bellipadi Satish

Mysuru: “Although there are numerous forms of performing arts, there is none bigger than Yakshagana,” opined Dr. Bellipadi Satish Rai, President of Bellipadi Yaksha Samskrutika Vedike.

He was speaking after inaugurating Yakshagana classes organised by Karavali Yakshagana Kendra at Vijaya Vittala School premises here on Sunday.

Pointing out that Yakshagana was a full-scale theatre art, Dr. Satish said that Dakshina Kannada district had played a vital role in promotion of Yakshagana.

Observing that Yakshagana is called a ‘Gandu Kale,’ which involves song, dance, facial expressions, costumes, dialogues, background music and the like, he said that Yakshagana has earned a special place just as Bhootaradhane and Naagaradhane in Tulu culture.

Noting that Yakshagana has taught Kannada to many, Dr. Satish Rai complimented the Kendra for organising Yakshagana classes in Mysuru with an objective of promoting the art in this region.