Home » News » No bail for Chidambaram in SC; ED free to arrest him 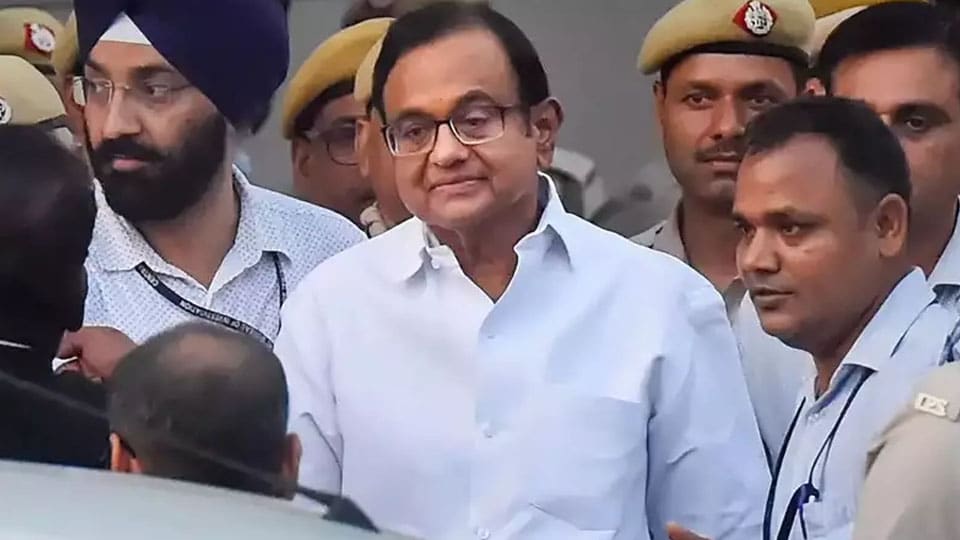 No bail for Chidambaram in SC; ED free to arrest him

New Delhi: The Supreme Court this morning rejected the anticipatory bail to former Union Minister P. Chidambaram in a case of money laundering. Chidambaram had sought protection from arrest by the Enforcement Directorate (ED) probing the matter. This means the ED is free to take Chidambaram into custody.

Chidambaram is currently in the custody of the Central Bureau of Investigation in INX Media case. The Supreme Court dismissed Chidambaram’s plea challenging the Delhi High Court judgment denying him anticipatory bail in the case.

A Bench of Justices R. Banumathi and A.S. Bopanna said this is not a fit case to grant anticipatory bail.

The Justices held that granting anticipatory bail to Chidambaram at this stage will hamper investigation.

The Apex Court ruled that the investigating agency, the ED in this case, should be given sufficient freedom to conduct probe. Chidambaram has been in CBI custody for 15 days.

His CBI custody that began with his arrest on Aug. 21 ends today.

His fate will also be decided by the Trial Court which reserved order on anticipatory bail applications in the cases registered by the CBI and the ED in the Aircel-Maxis deal scam.