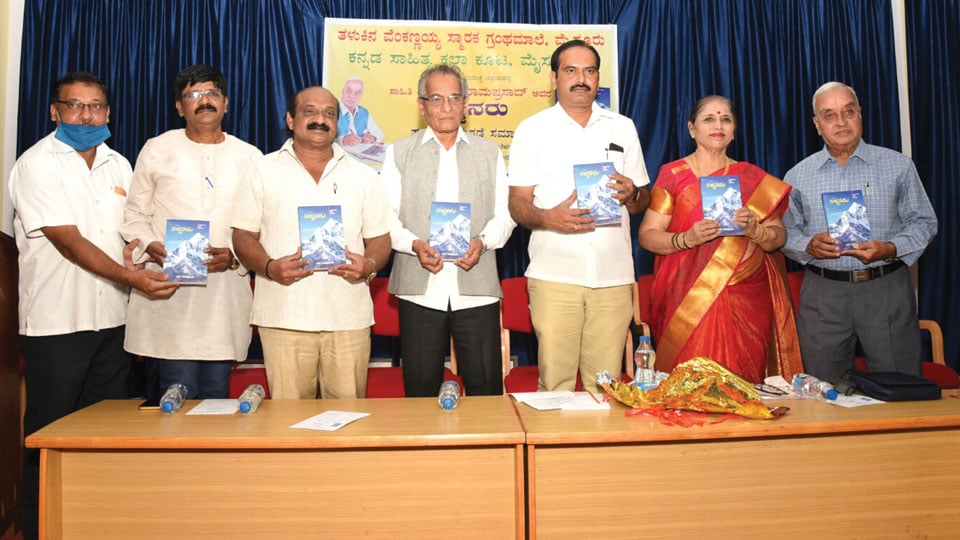 ‘No further progress after obtaining classical status for Kannada’

Mysore/Mysuru: Regretting that the work on promotion of Kannada is not going on expected lines despite the grant of classical status for the language, Kannada Book Authority Chairman Dr. Nandeesh Hanche said that scholars and the Government of Karnataka have failed in giving a definite character and shape for taking forward the classical status.

He was presiding over the programme organised jointly by Talukina Venkannaiah Smaraka Granthamaale and Kannada Sahitya Kalakoota, Mysuru, for the release of writer S. Ramprasad’s work ‘Sajjanaru,’ at the Institution of Engineers-India (IEI) premises on JLB Road here on Sunday.

Noting that classical language work in case of Tamil is going on smoothly and effectively in Tamil Nadu, Dr. Hanche bemoaned that Kannada has become like stagnant water, with no progress on works regarding its development.

Pointing out that activists like P. Mallesh and Prof. K.S. Bhagawan have been fighting for the cause of Kannada classical status, he said that it is important that people representatives too understand the importance of Kannada’s classical status.

Former Vice-Chancellor  of KSGH Music and Performing Arts University Dr. Sarvamangala Shankar, who spoke after releasing the book, said that the author, Ramprasad, has written more than 50 books, which include those on Science, Literature, Children Literature, Animal World and the like.

Pointing out that the book ‘Sajjanuru’ has explained the achievements of more than 80 great personalities, she said that the book is inspiring for others to reach great heights through dedication and hard work.