Home » News » No major damage due to wild fire in Bandipur, claims CM 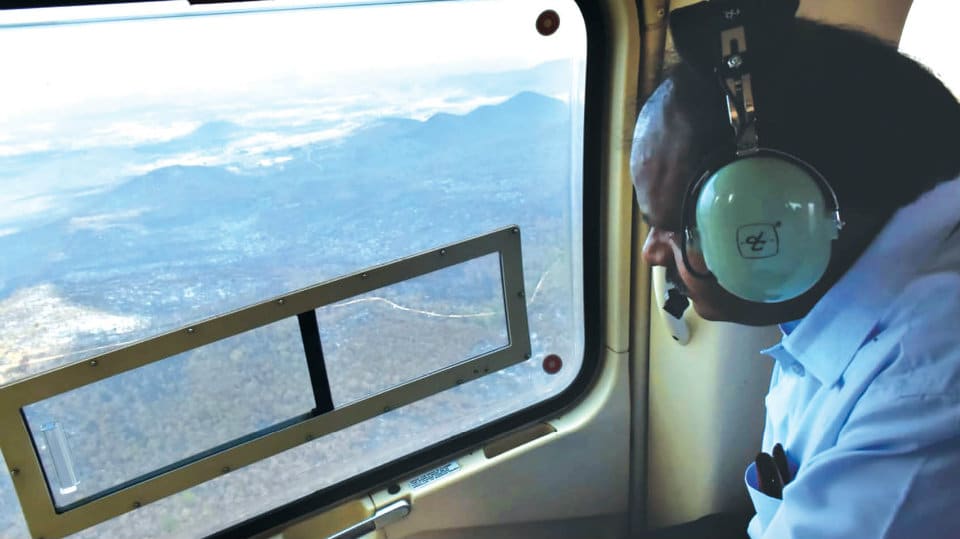 No major damage due to wild fire in Bandipur, claims CM

Chamarajanagar: Chief Minister H.D. Kumaraswamy yesterday conducted an aerial survey of the damages to the Bandipur National Park and Tiger Reserve and surrounding forests and said the forest fire was brought under control. “The damage has been contained and major destruction has not happened, he said.

The CM, who inspected the burnt forests, said the fire was contained with the help of Indian Air Force Helicopters and large number of forest staff and volunteers to bring down the fire. “Forest fires are common in summer and only dry grass and thick shrubs have been gutted without damaging big trees,” he said.

Two IAF helicopters had worked for three days to douse the wild fire in the forest range and one of the choppers was kept as standby.

Though the forest fire is brought under control, smoke and ash is seen all over the Bandipur forest range including Gopalaswamy Hill today, which is the worst affected during the forest fire since last six days. Forest officials with their staff began patrolling all the ranges along with volunteers to extinguishing live embers and arresting any fresh fire in the forest, again.

With the entire department working 24X7 to contain the fire in Bandipur C. Jayaram, Chief Wildlife Warden said the fire incident spanning five days was the worst in the history of the department. While many blamed it on officials, Jayaram claimed that officials handled the situation efficiently.

The focus of the authorities yesterday was to ensure that the fire did not spread towards Maddur and Moolehole from the Gopalaswamy Hill ranges. Scores of forest guards hired for the fire season were deployed along the forest boundary separating Gopalaswamy Hills with Maddur range with volunteers supporting their effort.

Drones were used and monitored from the ground to ascertain if there was any fire spots. T. Balachandra, who took charge as the new Director of Bandipur Tiger Reserve late on Tuesday, visited the Gopalaswamy Hill range and Moolehole to apprise himself of the damage caused by fire.