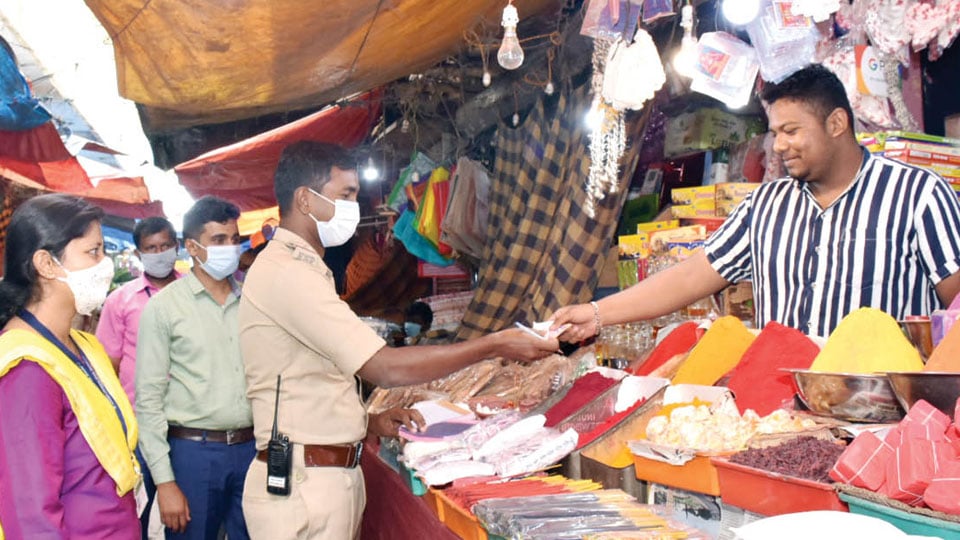 Mysore/Mysuru: Do not head out of your homes without wearing a mask as the MCC and city Police have launched a joint operation to impose fines on people for not wearing masks. The spiralling COVID-19 cases and lack of safety sense among residents has forced authorities to take this step.

Meanwhile, the Kerala government yesterday made preventive measures more stringent by bringing wearing of masks mandatory for a year under the law. According to the new regulations in Kerala, offenders can attract a fine of up to Rs. 10,000 and a jail term of two years.

In Mysuru, however, the rules are not so stringent. “We request the people to wear a mask as a protective measure. It is for their own safety,” a Police officer said. The joint operation began three days back and now the teams have intensified it. Interestingly, the Police are not levying fine on people who do not wear helmets but are issuing challans for not wearing masks.

Also, teams are visiting markets to check if the vendors and shoppers are wearing a mask. Officers said that per day, they are catching over 20 violators since the last three days.