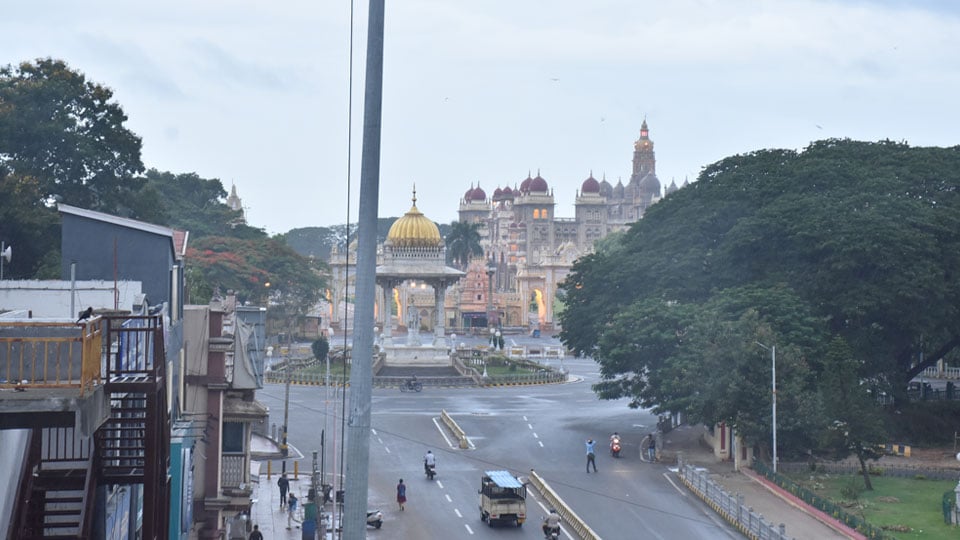 Mysore/Mysuru: With the entire country engaged in battling the deadly Coronavirus (COVID-19) pandemic, here is a story of a woman patient from Mysuru who recovered from the disease recently.

At a time when most recovered patients,who most of the times carry with them a social stigma for having contracted the virus, refuse to speak in public about their recovery, the woman, a Bank employee and a resident of T.K. Layout, has spoken out openly about her successful recovery.

Speaking to SOM, the woman explained how she contracted the virus and recovered after being treated at the designated COVID-19 Hospital of Mysuru.

“My younger brother who is a staffer of Kolar Central Prison, was recently deputed to Bengaluru for duty and after finishing his work, he returned to Kolar, when he tested negative for the disease. As he tested negative, he took a chance to visit my house in Mysuru and stayed for 3-4 days. Later, he returned to Kolar and during a medical check-up, he tested positive for COVID-19, following which the Health Department officials at Kolar called upon us and asked every member of the family to undergo a medical test. As directed, we all underwent a medical check up, when the Lab report said that I had tested positive. But thankfully, my husband mother and two-and-a-half-year-old son tested negative. I felt like the sky had come crashing on me after I was told that I tested positive,” she said.

Continuing, she said: “Subsequent to being tested positive, I was taken in an ambulance to the designated COVID-19 Hospital on the night of June 16. After reaching the hospital, the Doctors advised me not to panic and be calm. The doctors there instilled confidence in me with their assuaging and healing words and subsequently  I developed courage and confidence. After undergoing treatment for seven days, I underwent a Lab test, in which I tested negative, when I was sent home with the advise that I remain in home quarantine for 14 days, which I did. As I had tested Positive earlier, the vicinity of my house was declared as a containment zone. Now my house has become free of Containment Zone from July 4,” she said.

Stating that during her stay in the hospital, her Bank colleagues, Sub-ordinates, relatives and friends had called her to wish her speedy recovery. Detailing how she spent her days in the Hospital, she said she used to read devotional books and chant ‘Dhanvantari Mantra’ for gaining confidence. Pointing out that the Hospital Doctors, Nurses and the Para-medical staff, all looked after her well, she said that she was served nutritious food and given Vitamin C and Zinc rich tablets. Maintaining that the hospital has been providing utmost care for COVID-19 patients, she thanked the Deputy Commissioner and all other officials who are striving day and night in the battle against the deadly pandemic.

Recalling how she felt when she was told that she had tested positive, the Lady said she was shocked and slipped into deep sorrow over her fate. Asserting that she was taking all safety measures such as wearing of face mask, maintenance of physical distancing and use of hand sanitisers while working in the Bank, she said that she felt deeply disappointed that she had contracted the virus despite taking necessary precautionary measures.

Stating that thankfully, all her other members of the family — her husband, mother and child — did not contract the virus, she said once she was out of hospital, she thanked the Almighty for her speedy recovery.

Reflecting on her emotions when she had to leave her two-and-a-half-year-old son behind while leaving for the hospital, she said that she felt very sad and sorry for her child.

Soon after arriving at home from the hospital, she embraced and cuddled her child, when she became too emotional, with tears rolling down her eyes, she added.

She also had a word for the public. Noting that it is not the responsibility of the Government alone to stop the spread of the virus, she said that the society too has to play a crucial role in tackling the disease.

Stressing on the need for maintaining precautionary and safety measures at all places and all the times, she said that the people should not get panicky if they contract the virus, as any loss of our self-confidence will hurt our immune system. As such , it is important for everyone of us to be confident and courageous in the battle against COVID-19.