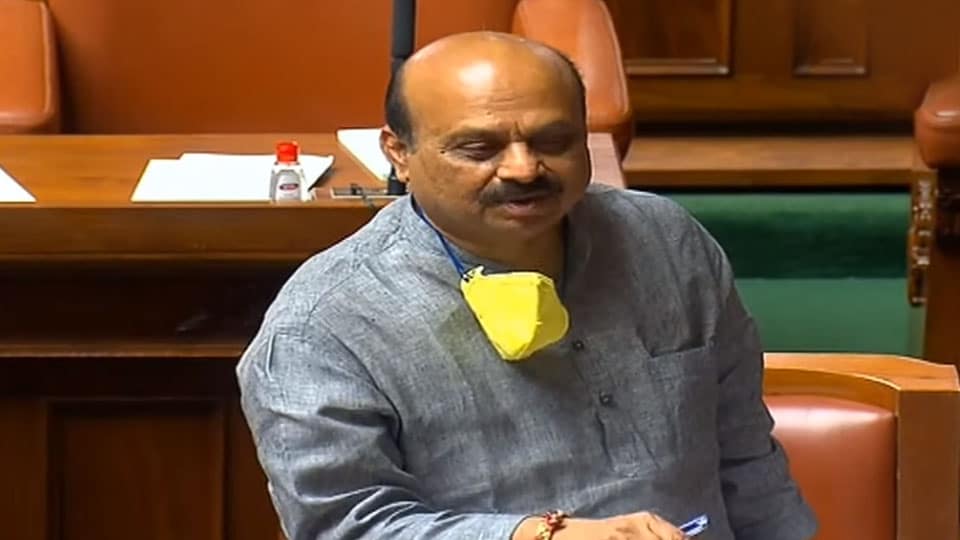 Bengaluru: Karnataka is contemplating to ban hookah bars in the State, Home Minister Basavaraj Bommai said yesterday in the Assembly.

“A few hookah parlours operate as part of restaurants and coffee cafes while some are standalone in cities such as Bengaluru and Mysuru. Youngsters throng these places. We are seriously thinking to ban hookah bars,” Bommai told the Legislative Assembly during Question Hour.

He added that Karnataka was planning to study other States that have banned hookah bars. “We need the cooperation of Urban Local Government Bodies like Corporations as they are the licensing authorities,” he said, adding that authorities had booked over 70 cases against hookah bars in Bengaluru alone so far this year.

Bommai was responding to a question by Congress’ Jayanagar MLA Sowmya Reddy.

She alleged that drugs were available in hookah bars and cafes. “Karnataka needs to have sustained action against drugs. It shouldn’t become seasonal when it gets media coverage only once in a while,” she said.

JD(S) Magadi MLA A. Manjunath also complained that his constituency had seen mushrooming of hookah bars and cafes after the Police started a crackdown on drugs in Bengaluru.

Bommai assured the Assembly that the Government’s ‘war on drugs’ will continue. “Drug abuse is present from slums to the elites, educated to the illiterates,” he said.

The Home Minister contended that they (authorities) were constantly raiding and filing cases on hookah bars. “We will discuss with Bruhat Bengaluru Mahanagara Palike (BBMP) authorities and bring in the law for this.”

“War on drugs should be a people’s movement and teachers and parents should be careful about their students and wards. I urge everyone to join hands in this war against drugs,” Bommai appealed. This is not the first time that hookah bars have come under the lens of the political class. In 2017, there was a demand for winding up of hookah bars for allowing minors in their establishments.