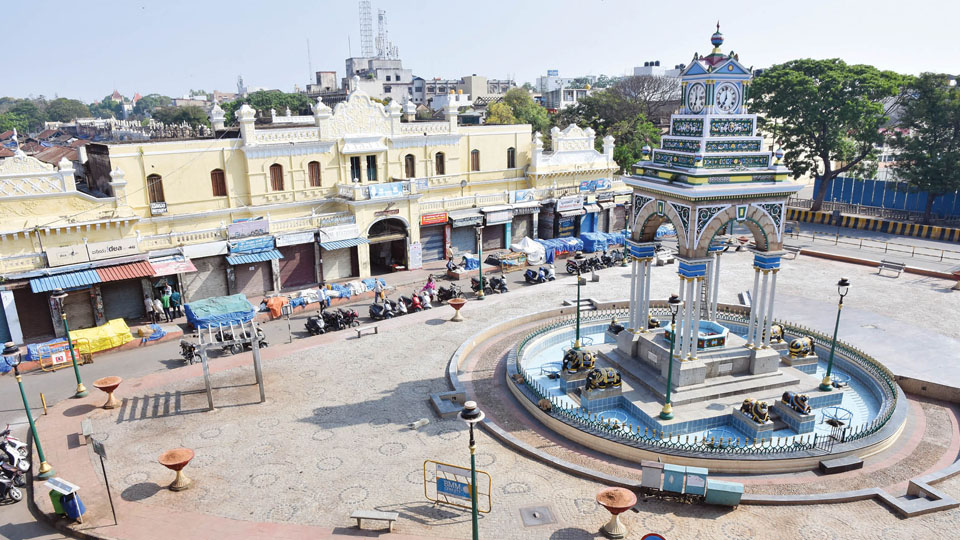 Bengaluru: Urban Development Minister Byrathi Basavaraj said that restoration of 129-year-old Lansdowne Building and 137-year-old Devaraja Market in Mysuru will be taken up only after the receipt of report from the Special Heritage Committee as well as final orders of Karnataka High Court.

He was answering to questions raised by Chamaraja MLA L.Nagendra on whether the State Government intends to conserve or demolish two iconic structures in Mysuru during the Question Hour in the State Legislative Assembly on Tuesday.

The Minister said the Mysuru City Corporation (MCC) has already adopted a resolution seeking demolition of Devaraja Market and re-building the same in heritage style. However, recommendation by the Heritage Committee was quite contradictory and favoured restoration than its demolition. In between, a few have moved the Court questioning the market demolition. The Government has appointed advocates. Meanwhile, a Special Heritage Committee has been constituted to study it. Necessary action would be taken after the receipt of the Panel report.

In regard to non-restoration of the Lansdowne Building, Basavaraj said there was no clarity whether to demolish or rebuild it in the heritage style.

Last year, the then Deputy Commissioner Abhiram G. Sankar had formed a Committee comprising heritage experts to know its views on Lansdowne building. But the panel has not met even once due to COVID-19. The Committee was headed by Member-Secretary of Mysuru Urban Development Authority, heritage expert Prof. N.S. Rangaraju, Officers of various Departments and Engineers of Local Bodies. Though there was fresh demand for having another three to four heritage experts in the Committee, no decision had been taken in this regard, he added.

The Minister clarified that it would not be possible to expect report soon from the Expert Committee which has not met once in the last one year. The Court has stayed recommendation of the Expert Panel for total demolition of Devaraja Market and construct a new structure in heritage style. The Government can go ahead on this matter only after the case was disposed of in Court.

It may be recalled here that in August 2012, a portion of Lansdowne Building caved in killing four persons on the spot. After the mishap, all the shops were vacated and the entry into the building was restricted.

In August 2016, a portion of the Devaraja Market on Dhanvanthri Road side came down but none was hurt. Though the then two Chief Ministers, Siddharamaiah and H.D. Kumaraswamy have visited the spot, nothing has happened in this regard. These two heritage structures, which were supposed to become eye- catching have become eyesore.

3 COMMENTS ON THIS POST To “Restoration of Lansdowne Building, Devaraja Market after Court’s verdict”