Home » News » No operation of KSRTC buses in Mysuru 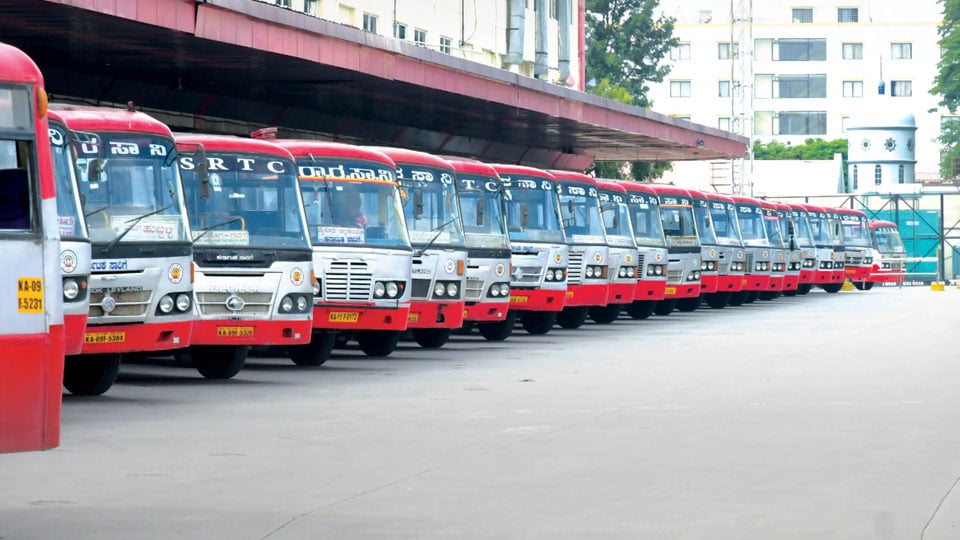 No operation of KSRTC buses in Mysuru

Mysore/Mysuru: Even as the Government announced unlock 2.0 coming into effect from today (June 21) allowing public transport, there is no KSRTC bus service in Mysuru as the lockdown restrictions announced on June 11 has been extended till July 5 in the district, without any relaxations due to high COVID  positivity rate.

Mysuru is the only district in the State where public transport has not resumed post unlock 2.0. The district tops the positivity rate in the State, recording over 12 percent, which is far higher than 5 percent that the Government had set for unlocking of lockdown.

With no KSRTC bus services in city and district, the authorities have banned entry and exit of buses from the Sub-urban Bus Stand.

Accordingly, buses coming from other districts such as Mandya, Chamarajanagar, Hassan, Bengaluru, cannot alight or board passengers at Mysuru Sub-urban Bus Stand. The drivers and conductors of buses to different destinations passing through Mysuru, have been asked not to board Mysuru bound passengers.

Meanwhile, train services  from Mysuru to Bengaluru and other destinations have continued and passengers are allowed to board and alight at the City Railway Station as usual. In fact, the Railways has added a few more trains to Bengaluru, with the Government announcing unlock 2.0 in a majority of  districts and easing  restrictions in all other districts, barring Mysuru, which continues to record a high positivity rate. However, despite the addition of trains and also the recommencement of counter-ticket facility for  some of the trains, only a small  number of passengers are travelling by trains, it is learnt.