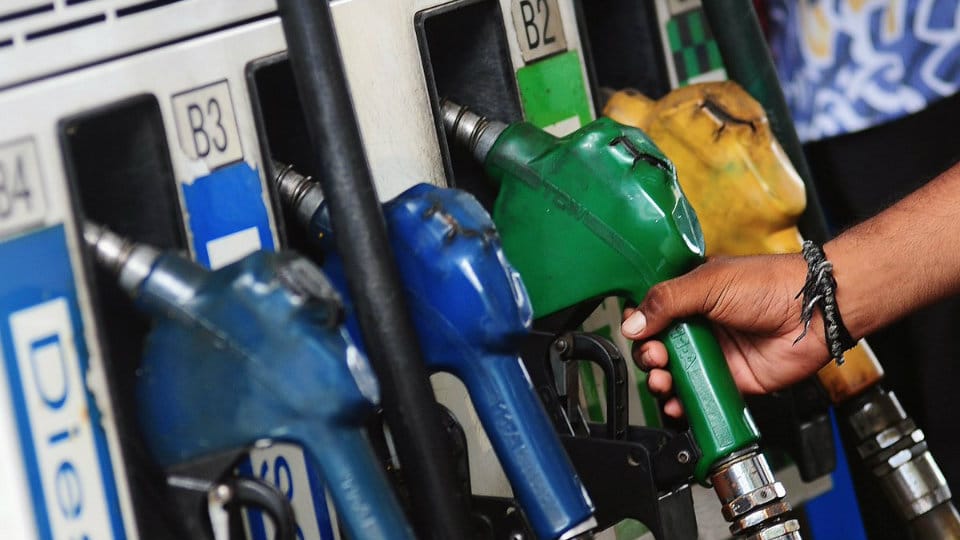 No purchase of fuels on May 10

Mysuru: The Federation of Mysuru Petroleum Traders (FMPT) have decided to extend full support to the Consortium of Indian Petroleum Dealers (CIPD) and hence, on May 10, there will be no purchase of petrol and diesel, said the FMPT president Shashikala Nagaraj.

Addressing a press meet here this morning, she said that however, there would be no disruption of sales on that day. From May 14, petrol bunks would be closed on all Sundays and the single shift operation will begin from May 15 from 6 am to 6 pm.

The petrol bunk owners were forced to take this decision as the agreement signed by the Executive Directors of all the three Oil Marketing Companies on November 4, 2016 has not been implemented so far, she said.

“At the CIPD Executive Meeting held at Kurukshetra in Haryana on April 9, 2017,  the situation was evaluated  and it was realised that in the absence of DC (Dealers Commission) since January of 2011, all Retail Outlet (RO) dealers being heavy bank borrowers for fuels, would become bankrupt, while low volume dealers forming 75 per cent of dealer network, would reel under severe fund shortage would be completely wiped out,” said Shashikala.

Hence, it was decided to observe single shift operation from May 15 from 6 am to 6 pm every working day to save on manpower costs, electricity charges and others as interim measures till dealers margins are settled, she said.

Office bearers of FMPT S.R. Patil, Govindaraju, Ranjit Hegde, Narayan Swamy and others were present at the press meet.