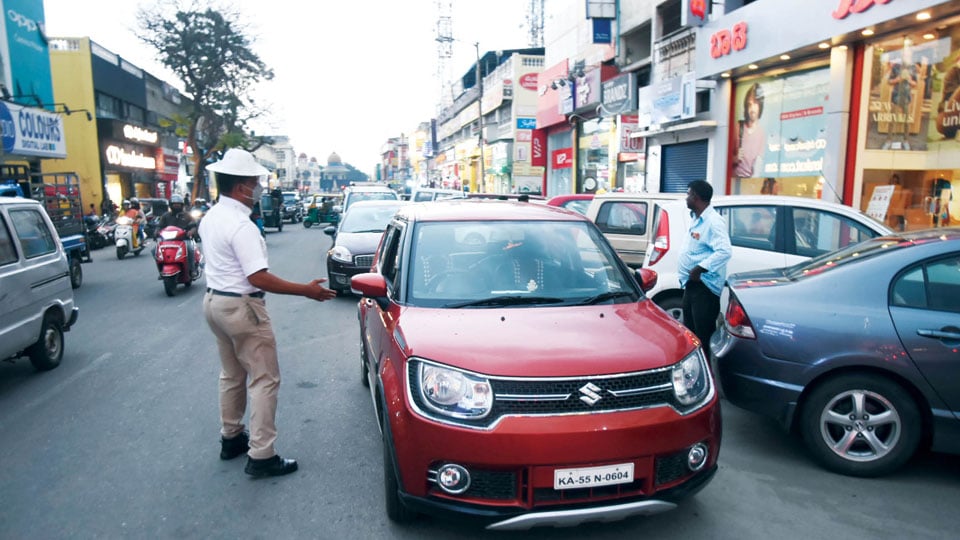 No random vehicle check only to see papers: DG-IGP

But will the ground-level Policemen listen to their boss, wonder public

Bengaluru: Amid frequent allegations against Traffic Policemen that they stop vehicle users to check documents though there is no violation of any rule, Director-General and Inspector-General of Police (DG-IGP) Praveen Sood yesterday instructed the Police not to stop any vehicles for random checks unless in cases of traffic violations or during special drives like drunken driving.

Responding to this, the State Police Chief reiterated, “Yes, I stand by it and reiterate again… no vehicle SHALL BE STOPPED only for checking documents unless it has committed a traffic violation visible to the naked eye. The only exception is drunken driving. Have instructed for its implementation immediately”.

There have been concerns that random checks of vehicles lead to not only harassment of motorists but also traffic snarls on the streets. Though many Police chiefs and even the Home Ministers have passed similar orders in the past, they were not followed by the ground-level staff who intentionally lurk at corners looking for potential victims to collect fines.

In Mysuru too after an accident that killed a two-wheeler rider on Hunsur Road in March last year, the City Police Commissioner had clarified that henceforth vehicles would not be stopped at random to check documents, and that action would be taken if commuters were harassed or delayed.

But, after a few days, the issue faded from public memory and traffic checks resumed with full vigour, especially in crowded junctions or in traffic-heavy signals where vehicle users are frequently asked to pull over for arbitrary reasons much to the chagrin of the public.

Apart from slowing down traffic and holding up commuters, such checks often invite criticism that the Policemen are given targets for fine collections. “Though senior officers pass such orders from time to time, the ground-level Policemen do not obey them and motorists are often harassed,” said a regular commuter at the University of Mysore on condition of anonymity.