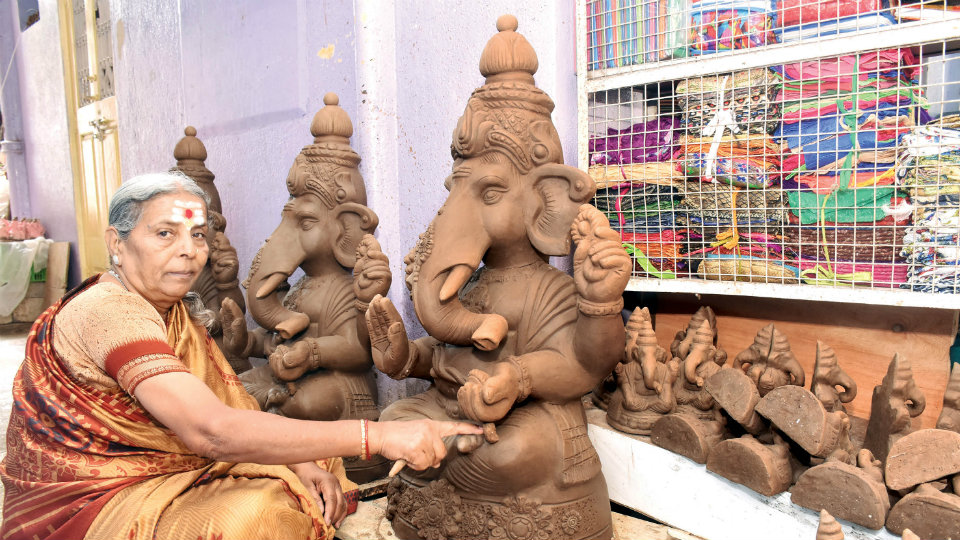 No restrictions on Ganesha festival

But plastic and Plaster of Paris idols banned; only mud idols allowed

Bengaluru: After a two year hiatus, Ganesh Chaturthi this year can be celebrated without any restrictions in Karnataka. The State Government has withdrawn all restrictions related to the public celebration of the Ganesha festival this year.

Revenue Minister R. Ashoka said at a press conference in Bengaluru yesterday that Chief Minister Basavaraj Bommai had issued instructions to this effect after holding consultations. He further said that no idols made  of plastic or plaster of Paris will be allowed and only clay idols will be allowed.

After the BBMP Commissioner’s statement, many organisations and associations objected and demanded that they be allowed to celebrate the festival in an unrestricted manner.

“All the restrictions on the religious festivals introduced during the pandemic have been lifted. People should be able to welcome such festivals with a positive attitude,” the Minister said.

With Ashoka’s clarification, all restrictions on Ganesha festivities enforced during the height of COVID-19, such as restricting public celebrations to only one idol per ward in Bengaluru and one idol per panchayat in rural areas, have been lifted.

Last year, the Government allowed limited public celebrations with some conditions due to the second wave of the pandemic which had a devastating impact in India. Public celebration for a maximum of five days only was allowed during the festival while prohibiting cultural programmes and processions.