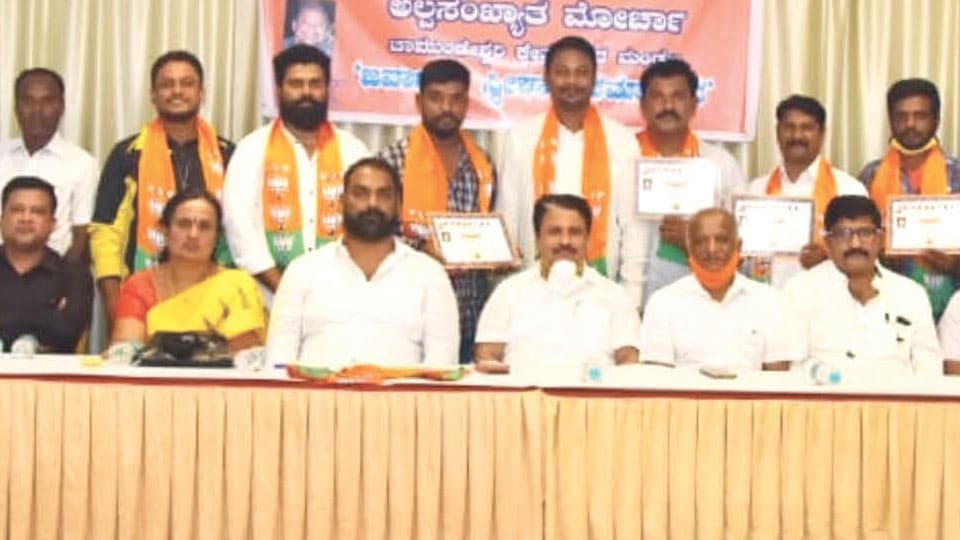 Mysore/Mysuru: Mysuru Urban Development Authority (MUDA) Chairman H.V. Rajeev said that the Government is giving a good administration in the State under the leadership of Chief Minister B.S. Yediyurappa (BSY) amid all crisis. He was speaking after distributing membership certificates to newly appointed members at installation programme of BJP Chamundeshwari Assembly Constituency (City) Minority Morcha, held at a private hotel in city recently.

“Amid the crisis arising out of Corona pandemic and heavy rains, the State Government has done a commendable job. Over two lakh families in the State have received Rs. 10,000 each as flood relief. Over 5 lakh Ashraya houses have been built. More than Rs. 6,000 crore has been spent to help flood victims. BJP is a cadre-based party and party works will get their due. Other than BJP, no other party has given MLC ticket to a common party worker. Every year, the Central Government is giving Rs. 6,000 and the State Government Rs. 4,000 as income support package for farmers and has already released Rs. 2,769 crore as relief for farmers. In the Upper House, four BJP candidates have won because of the Government’s people-friendly and development-oriented programmes implemented in the State,” he said.