Home » News » No role for Kempaiah, political advisors as poll code kicks in 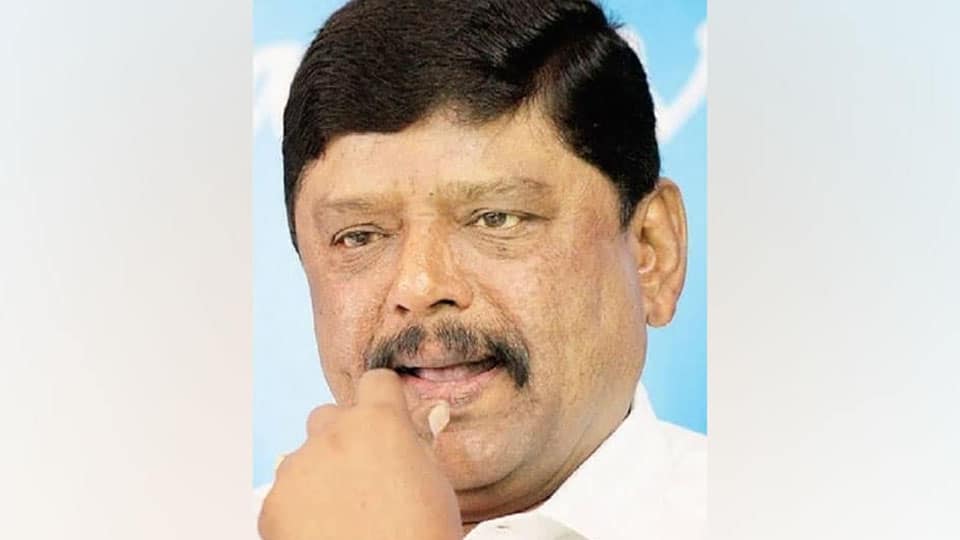 No role for Kempaiah, political advisors as poll code kicks in

Bengaluru:  The State Government has come under the radar of the Election Commission for allowing a few departments to run on the ‘advice’ of experts.

Amid a debate over whether a bunch of political advisers, appointed by the government, can continue to function under the Model Code of Conduct, the Chief Electoral Officer (CEO) of Karnataka Sanjiv Kumar clarified that political advisers have no role to play in governance during the Model Code of Conduct. However, the CEO revealed that he would look into the nature of the post before initiating any action against advisers to Ministers.

The main target of BJP and JD(S) is retired IPS officer Kempaiah, who serves as advisor to the Home Minister. He will now have to quit as he will not have any role with the Model Code of Conduct in place.

Sanjiv Kumar was responding to questions on whether Kempaiah could continue in his role. “We’ll have to look into the nature of (his) appointment and take action. But political advisors have no longer have a role,” he said and added, “I have no information whether his post of adviser is a government appointment or political appointment. But in case of a political appointment, the Commission would definitely crack its whip and such posts will be removed.”

In the past, both BJP and JD(S) have blamed Kempaiah for the “mess in the Home Department.” The Opposition repeatedly sought Kempaiah’s ouster, dubbing the retired Policeman as “Super Home Minister.”

The BJP and JD(S) have alleged that the ruling Congress is fast approving projects with retrospective effect in clear violation of the Model Code of Conduct.

Taking a jibe at the State Government, JD(S) State President H.D. Kumaraswamy said that the Congress has deputed Kempaiah to distribute money during the ensuing polls. He had vowed to complain against Kempaiah to the poll panel.

Revealing that no new appointments can be made under the Model Code of Conduct even by the Raj Bhavan, Sanjiv Kumar said that he would look into the appointments made by the Governor to some Universities.

“If an appointment is made after the enforcement of poll code of conduct, it will be withheld. But pertaining to appointment of VCs, I have no information and if there are any complaints, we will look into it,” the CEO clarified.

Kumar also ruled out the possibility of the poll date being revised, after the BJP objected to polling being fixed on a weekend (May 12 is a second Saturday) instead of a week day.

“The date is finalised after considering various factors such as festivals, exams and evaluation,” he said.