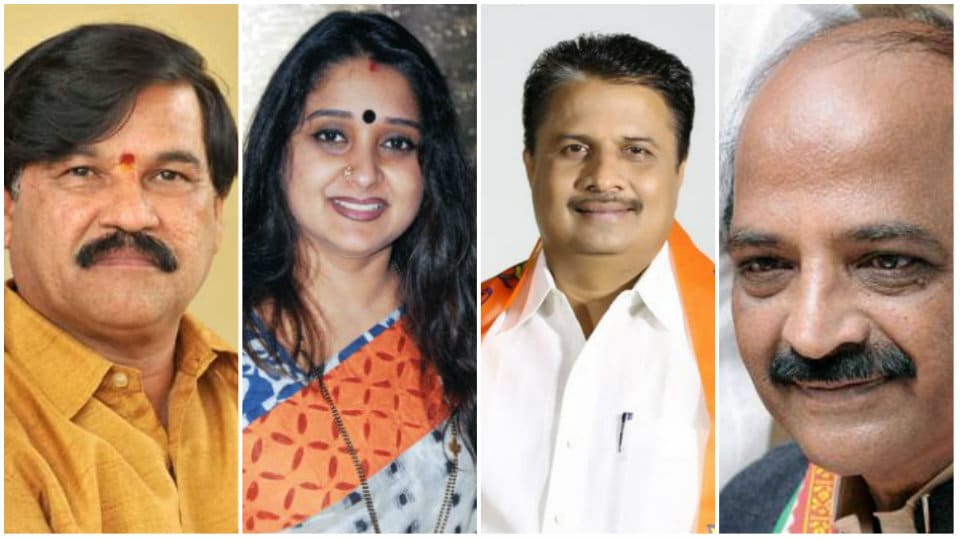 Mysuru: With the Assembly election scheduled to be held on May 12, ticket aspirants in city are making last minute efforts to get tickets by seeking influence from their favourite leaders.

While it is sure that the Congress will field its incumbent MLA M.K. Somashekar, JD(S) has announced its ticket to Corporator K.V. Mallesh. It is now the turn of the BJP to announce its candidate. Will it be former Minister S.A. Ramdas or H.V. Rajeev. Among other aspirants for the ticket are former MUDA Chairman K.R. Mohan Kumar, who is also the Special Invitee of the BJP State Executive Committee and a close confidant of former Union Minister and dalit leader V. Sreenivasa Prasad who is the Vice-President of BJP in Karnataka, Corporator M.V. Ramprasad, Phaneesh and Srivatsa among others.

The Constituency with about 2.39 lakh voters as per the latest revised list comprises Brahmins, Dalits and Lingayats in majority along with other communities like Kurubas, Nayakas, Vokkaligas, Muslims and Marwadis.

Performance of parties so far

Congress: Beginning with 1952 elections, the Congress has so far registered seven victories including in 2013 polls where the incumbent MLA M.K. Somashekar defeated BJP candidate S.A. Ramdas by about 6,000 votes.

M.K. Somashekar, who seems to be all set to contest again, is riding high on Chief Minister Siddharamaiah factor and it is said that the CM is very keen on retaining this constituency for the Congress as a prestige issue. Other constituencies — Narasimharaja and Chamaraja are favourable to the Congress as per the CM’s assessment.

JD(S): The JD(S), which then had CM Siddharamaiah in its fold won in the 2004 elections, but has not been able to achieve success since then.

After the exit of CM Siddharamaiah from the JD(S), the position of JD(S) has come down to the third place with the battle predominantly being fought between the Congress and the BJP. 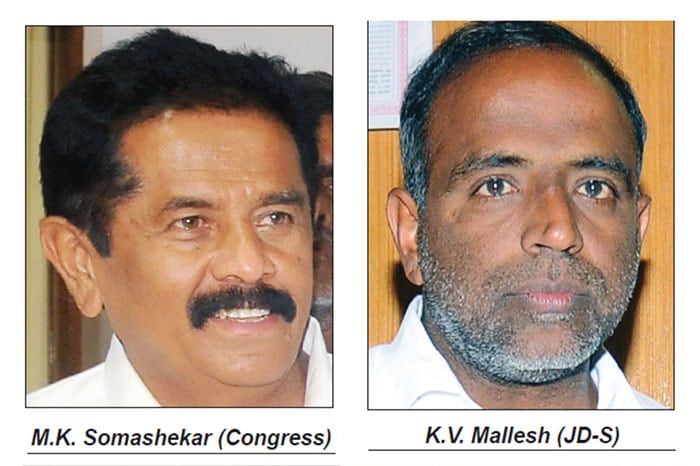 Congress: Now that the Congress and the BJP face a straight fight in this constituency, both the parties have over the last six months spared no effort in trying to capture K.R. Constituency this time.

While there are some aspirants seeking tickets from the Congress, it is almost certain that the incumbent MLA M.K. Somashekar will be fielded once again as apart from being the sitting MLA, he is also the close confidant of the CM and belongs to the Kuruba community.

BJP: With a lot of people in the Constituency expressing their desire to support the BJP, they seem to be indicating their preference for a new and untainted face from the BJP this time.

BJP cadres expressed their dissatisfaction with the prevalent two split groups (Ramdas and Rajeev groups) clashing continuously with each other and negating the party’s chances of a viable victory in the constituency this time.

A few voters in the Constituency said that as both Ramdas and Rajeev groups are hurling accusations against each other and also since H.V. Rajeev contested on a KJP ticket resulting in Ramdas losing the election in 2013, both the groups are split to irreconcilable levels and would definitely work to defeat each other if either of them are fielded by the party. Adding to this are the cases faced by Ramdas and Rajeev.

In this background, the voters were speculating that a new and untainted face would be fielded by the BJP this time. Adding to this speculation is the fact that BJP National President Amit Shah had stated earlier that “People facing criminal charges and those involved in real estate mafia would not be given the party ticket.”

This predicament faced by BJP may lead to looking for brand-new faces for the Constituency some say. There are already claimants like Malavika Avinash, Srivatsa and Phaneesh among others.

Now that senior Dalit leader V. Sreenivasa Prasad, a five-term MP, a Union Minister, a two-term MLA who was also the Revenue Minister is in the BJP as its State Vice-President, the party cadres in K.R. Constituency are confident of a BJP victory as Prasad has a huge influence of more than 30,000 dalit voters in the constituency. 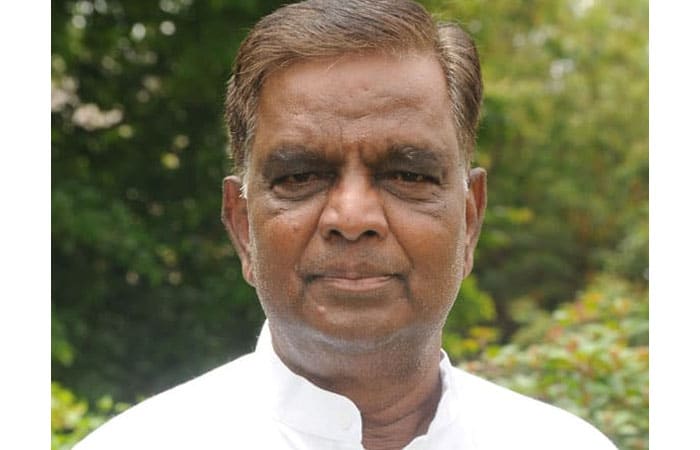 Adding to this is the fact that Sreenivasa Prasad was born and brought up in this very constituency and had even contested his first elections from K.R. Constituency way back in the 1970s.

Apart from this is the undeniable influence that Prasad has amongst the dalits and other voters in important Constituencies like Nanjangud, Varuna and more than 13 other constituencies in Mysuru, Chamarajanagar and Mandya districts.

Such being the facts and figures, it remains to be seen as to whether CM Siddharamaiah can manage to retain this constituency for the Congress or if BJP is prudent enough to claim back this constituency by fielding a suitable candidate with a clean image.

Apart from political heavyweights, there are two movie stars who are aiming to contest from Krishnaraja. While actress and BJP activist Malavika Avinash has made it clear that she is an aspirant, actress, producer and director Roopa Iyer has also thrown her hat in the ring.

Even before the dates of the elections were announced, Malavika had said that she would want to contest on a BJP ticket but would abide by the party decision. Her aspiration to contest from Krishnaraja is expected to come in the way of former Minister Ramdas and BJP leader B.S. Yeddyurappa’s confidant Rajeev securing the party ticket. 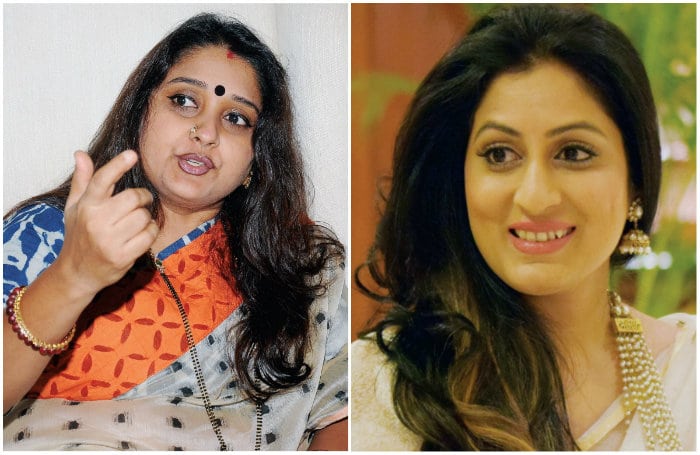 Meanwhile, Roopa Iyer, who had plans to contest from K.R. Constituency from Karnataka Prajnavantha Janata Party (KPJP), the party floated by actor Upendra, will be contesting the polls as an Independent candidate as Upendra has walked out of the party citing differences with the office-bearers.

Roopa Iyer claims that people would support her as she has made her name in the movie field. “I will garner maximum Brahmin votes as the constituency has their maximum presence,” she told reporters.

3 COMMENTS ON THIS POST To “K.R. Constituency: Seven contenders for ticket in BJP waiting for Amit Shah’s arrival tonight”