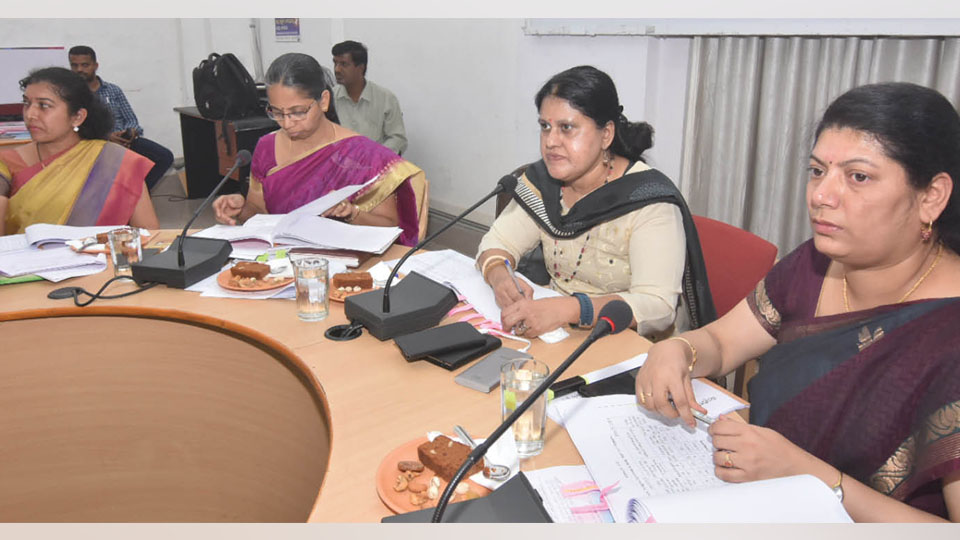 ‘No water crisis in Mysuru’

Mysuru: There is no water crisis in Mysuru and Mysuru City Corporation and the District Administration are fully equipped to handle the situation, said In-charge Secretary of Mysuru District IAS Officer Kalpana who chaired an emergency closed-door meeting at the Deputy Commissioner’s Office in city this morning.

The meeting was held in the wake of a severe drinking water scarcity that has hit parts of Mysuru’s outskirts forcing the authorities to supply drinking water through tankers.

Some private layouts in the city and villages under Hinkal Gram Panchayat limits are said to be worst-affected in terms of water scarcity.

The emergency meeting was supposed to be chaired by Mysuru District Minister G.T. Devegowda but he could not hold the meeting as the Election Model Code of Conduct is in force.

The MCC and District Administration have arranged to send drinking water to the affected areas through water tankers. As the tankers are insufficient to meet the needs of all residents, we will send more tankers twice a day to meet the demand,” Kalpana said.

Taking inputs from the taluk-level officers on the drinking water crisis, she said that some villages in Periyapatna, K.R. Nagar were facing shortage and the taluk-level and Panchayat officers have been directed to ensure supply through tankers.

READ ALSO  Double-decker buses from Mysuru to Bengaluru on cards

Kalpana said that this year there has been a rain deficit of 17 percent in Karnataka. “I have examined the progress of the ongoing projects including Atal Mission for Rejuvenation and Urban Transformation (AMRUT), Project, where there is a plan to draw 60 MLD water from Hongalli and Meghalapura.

The work will be completed in another three months,” she said and added that she has directed the officers to speed up pending projects.

Although Mysuru city has been getting about 250 MLD (Million Litres per Day) daily from Cauvery and Kabini through pumping stations at Belagola (43 MLD), Hongalli 2nd Phase (32 MLD), Hongalli 3rd Phase (50 MLD), Melapura (65 MLD) and Kabini Station (60 MLD), the Hale Unduwadi Project will supplement the water supplies by pumping 300 MLD of water per day to the city and surrounding villages, that will cater to the needs of  the city’s growing population in the next 30 years, she said.