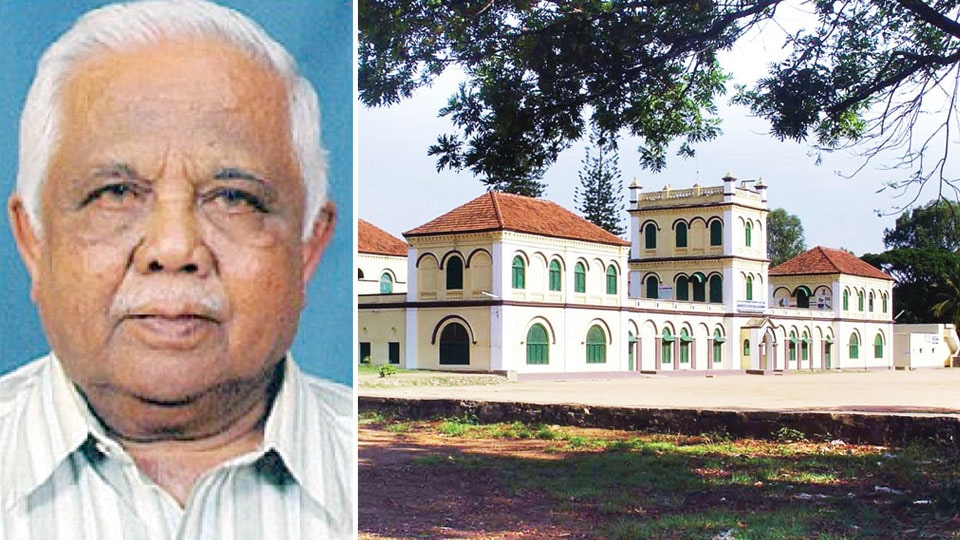 It was a time Star of Mysore was catching the imagination of its readers and its circulation was gradually soaring. With my wife and child in Kodagu, I was finding life here difficult so also my lecturer wife-mother. None of my politician-friends was of any help. It was then my brother, Dr. K.B. Subbaiah, suggested that I meet S.G. Sanath Kumar whom he knew well as a Rotarian and also as a member of the Mission Hospital Administrative Committee and try my luck. I was not a Rotarian then.

One evening I went to his house, Noah’s Ark, apparently the bungalow belonging to the nearby Hardwicke High School he was working in. He was in his Durbar of a sort in the outer verandah. Four or five friends sitting around a table were playing cards and having rum to enhance the spirit of the evening. Sanath’s wife Meena was a Teacher of Teachers, teaching in some Teacher’s Training School or College.

A wonderful, graceful and lovable lady, I was told that she was a very good cook. I had a proof of her culinary skills when Sanath poure me a drink and two chicken items, steaming hot, came from inside the house. One among the friends, a lecturer or a teacher, seemed to have mastered the Sarvajnapada and some Quartets of Mankuthimmana Kagga by DVG. Sanath wanted me to hear his friend recite them. Of course, his friend readily obliged. I uttered some platitudes in admiration of this talent, though I knew very little of these Kannada literary masterpieces.

After a while I broached the subject of transfer and I was asked to see him (Sanath) in the Head Master’s Office the following day. Well, I thought my job was done. I was there on time and he was more interested in showing me the improvement he had made to the School, specially the electronic system of communication provided to each class room and replacing of the traditional School bell with the modern etc., etc. He was a good host. Tea and biscuits came and after over an hour of School inspection, I wrote details about the transfer and gave it to him. He was a name-dropper and mentioned how difficult it was… I stopped contacting him. It was then GTN (G.T. Narayana Rao) came to my office like a Good Samaritan.

READ ALSO  Hero is Home. What Next ?

Thereafter, we used to meet often in Sports Club and Rotary Club. For those days, Sanath was a familiar person in the city social circles. He was also close to Farrokh Irani. I remember him donning the attire of Father Christmas (Santa Claus), making himself beyond recognition and moving around in the Sports Club dancing hall and the dining area distributing gifts to children for so many years. Apparently, he loved playing this role.

He was quite enterprising in managing the affairs of the School. During his time Hardwicke School got good name and was much in demand. Many parents from Kodagu, Chikkamagalur and Mandya would plead with him to give admission to their children. Sanath’s name and fame as a strict teacher and a disciplinarian was legendary. Parents wanted to put their ‘difficult’ children in the hostel he was managing. No wonder, he was the recipient of many awards, including the State Awards as the Best Head Master. He was the Correspondent for all the 35 Churches of South India (CSI) Schools in Mysuru and Mandya Districts for many years.

One evening I was having a drink with Sanath and a couple of friends in the Sports Club. During a conversation he mentioned of his interest in shikar and knowledge of guns. Since my double barrel gun was under repair I asked him if he could find a person in Mysore to repair it, as otherwise I had to take the gun to Bangalore Gun House on M.G. Road. He immediately suggested ‘Annachari Gunsmith,’ a shop on Irwin Road where guns were repaired by one expert.