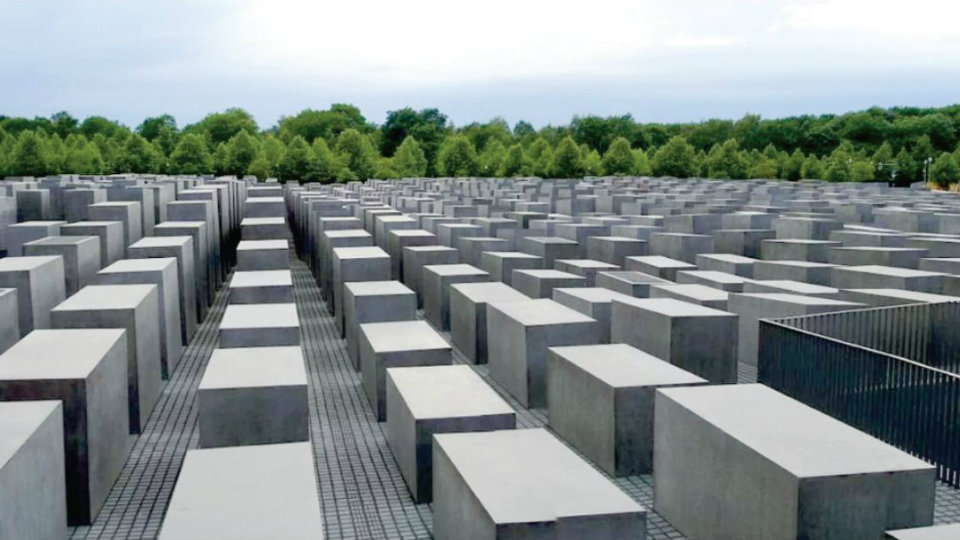 “There is a great proverb, that until the lions have their own historians, the history of the hunt will always glorify the hunter.”

Adolf Hitler, the Fuhrer, was a courageous man. He did not hide himself like Saddam Hussein of Iraq in a hole nor did he run away to Argentina or some friendly country seeking refuge like some of his collaborators. He killed himself, not to suffer a public humiliation like his ally Benito Mussolini, the Duce, who was hung upside down in a public square in Rome.

I have heard, in defeat defiance — it was Hitler. In victory forgiveness. All Hindu kings had this “Yuddha Dharma” (ethics of war) and needless to say they paid the price. One of the reasons for Muslim occupations and rule in different parts of India for nearly 600 years is just the failure of Hindu Kings to liquidate the defeated enemies.

In retrospect, one could even say if America had not entered the war and dropped the atom bomb over two Japanese cities, Hiroshima and Nagasaki, I guess the historians might have had to write a different kind of history of World War II and also of India with Netaji Subhash Chandra Bose as the President or Prime Minister of free India. Of course, this is the big “Ifs and Buts” of history. Which is why, I quoted the great proverb prevalent in Nigeria. Let it be.

Hitler’s Bunker and Chancellery: On 16.10.2017 I had written about Hitler’s Bunker in Berlin. Germans seem to feel deeply disturbed for the crimes against Jews that they have obliterated almost all the buildings and structures connected with Hitler except for the Reichstag (Parliament) building. This picture is of the place where Hitler’s Chancellery and the Bunker stood, now beyond a trace of recognition. Visitors read an information board displayed there and go.

At 5.30 pm sharp, our guide Tom, who has by now become my friend, bid goodbye with a hug after narrating the last part of his biography confessing that he was and is a gay and also an artist — painter. I was pleased with his honesty and wondered how every smiling person has his hard days, long journey, not knowing where he will be tomorrow. And yet, to be positive about the future is all that matters for living. Otherwise, it is like being more dead than alive. With apologies to Swami Vivekananda.

No wonder, when I sought a picture with him for my album, he readily agreed and pecked my forehead (see pic). Later, there was a scandalous laughter among my people. For obvious reasons.

In the earlier episode though I had written about Hitler’s Bunker and his end, I could not publish the picture for want of space. I publish one here.

The following day, having got the Bethala of a guide from behind our back, we decided to find our own way. We called for a taxi and soon we discovered the driver was a Muslim, not from the colour of his skin. He was as fair skinned as any local German. Apparently, he was from Turkey and a devout Muslim who flaunted his religion rather brazenly — a beard and a rosary, prayer beads, in the right hand with rings having religious symbols on his fingers. Wondered how he could count the prayer beads and drive. GoK.

Field of Stelae: Holocaust Memorial at Berlin. Picture right shows the depth of the criss-crossing passages running in horizontal and perpendicular order.

We took a drop at the Holocaust Museum and the Memorial to the murdered Jews of Europe — a unique Memorial known as Field of Stelae (an upright stone slab, see pic). It is like a maze. There are 13 pathways which are wheelchair-accessible. The books, literature, cinemas about Holocaust and the persecution of Jews during Hitler’s rule were mostly written and produced by Jews, a race very intelligent and creative. Naturally, there could be exaggeration, I thought. However, after visiting Dachau in Munich I changed my opinion. About it later.

The World War II and the German Government’s conduct towards its own citizens under Hitler, specially the minorities — Jews, Sintas and Roma — and the way they were persecuted should be a lesson to all the Governments all over the world. I was wondering why in Hitler’s scheme of persecuting the minorities Muslims were not mentioned. Could be, their number was minuscule and presence negligible. Could be also for the reason Turkey remained (wisely) neutral between both the Axis and the Allies until it saw victory for Allies and (again wisely) joined the Allies in February 1945, just before the war ended. Good. May be, that is the reason Muslims don’t figure in the evil design of Hitler like what he did to the Jews.

Jews were persecuted in every way possible, apart from Hitler’s “final solution” for Jewish problem (if it was a problem at all). For example, from 1st April 1933 Jewish shops should not be entered by Germans by race. Hitler’s private force called SA would put up posters: “Germans do not buy from Jews.” Or “Germans buy only  at German shops.” Germans abroad were also asked to boycott Jewish shops. The Jewish manufacturing companies were also threatened. However, bread is more important for a human being than pride. The campaign was stopped when it was found people did not take part in the boycott. 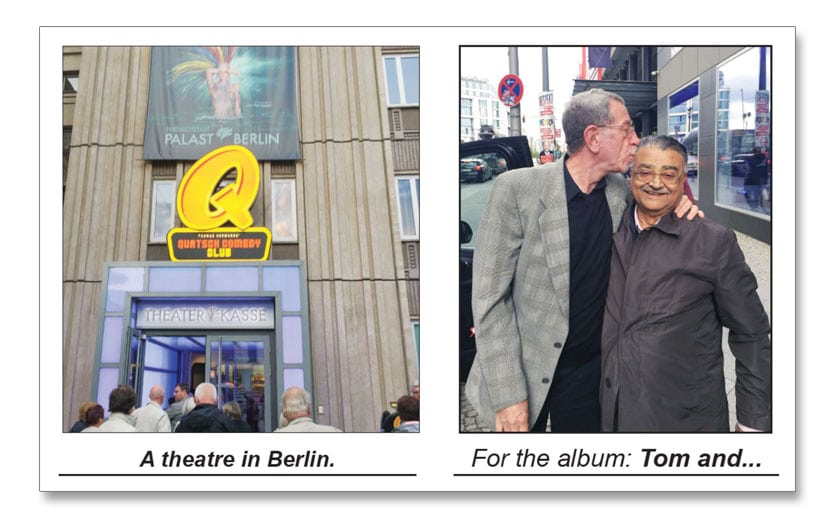 In the evening, we saw a musical entertainment show at the theatre close to our hotel which was sans creativity, only sound and colour.

2 COMMENTS ON THIS POST To “Gone Away: To Germany & Austria – 5: Unique Holocaust Museum & Memorial”