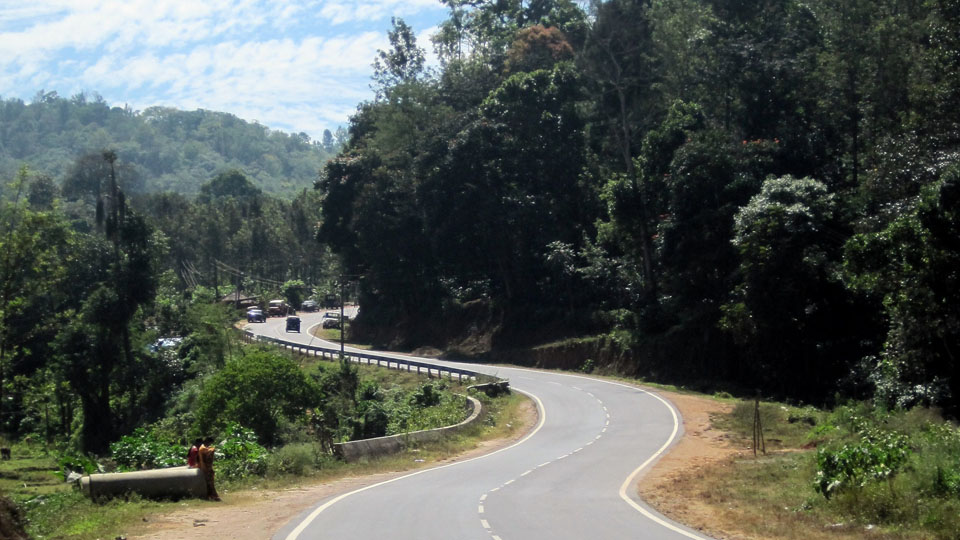 Kasaragod: The Union Ministry of Surface Transport has given in principle approval to turn the 105-km Kanhangad-Madikeri State Highway into a National Highway (NH).

With approval coming to develop the road into 25-mts-wide two-lane road, it will provide direct connectivity to Bengaluru from North Kerala and will pass through Kodagu district. It will link key defence units in Bengaluru with Ezhimala Naval Academy besides aiding development of tourism circuits linking Bekal Fort and Ranipuram, spiritual centres like Nithyanandashram and Anandashram in the district, and the temple town of Talacauvery, 74 km from Kanhangad.

The Centre has given consent to carry out a comprehensive survey and a Rs. 2-crore tender for the same has been awarded to Salem-based Mukesh & Associates. The firm has been told to complete the process in five months, a senior PWD official said here.

The road would be laid by widening the existing 44-km road linking the eastern hill township of Panathur in Kerala and another 60 km road till Madikeri. The road will have paved shoulders, parking slot, petrol bunks, and drainage system. “We are awaiting the final nod to commence the survey after which a Detailed Project Report (DPR) will be prepared to go ahead with the project,” the official said.

Reacting to the Centre’s decision, former Minister and Madikeri MLA M.P. Appachu Ranjan said that the proposed National Highway will provide direct connectivity to Kerala via South Coorg and the implementation of the project will boost Kodagu’s economy. Also, widening of the existing State Highway to make way for National Highway does not cause environmental harm. As such, the project should be expedited, he said and urged for upgradation of Kushalnagar-Madikeri-Mangaluru Road.

Kasaragod is approximately 28 km from Kanhangad and the existing State Highway passes through Bekal Fort to reach Kasaragod.

As per the upgradation of NH project approved by the Centre, the road between Kanhangad and Madikeri will be widened.

The NH will pass through Sullia (Dakshina Kannada) from Kasaragod and reach Madikeri and will connect the Highway from Madikeri to Mysuru.