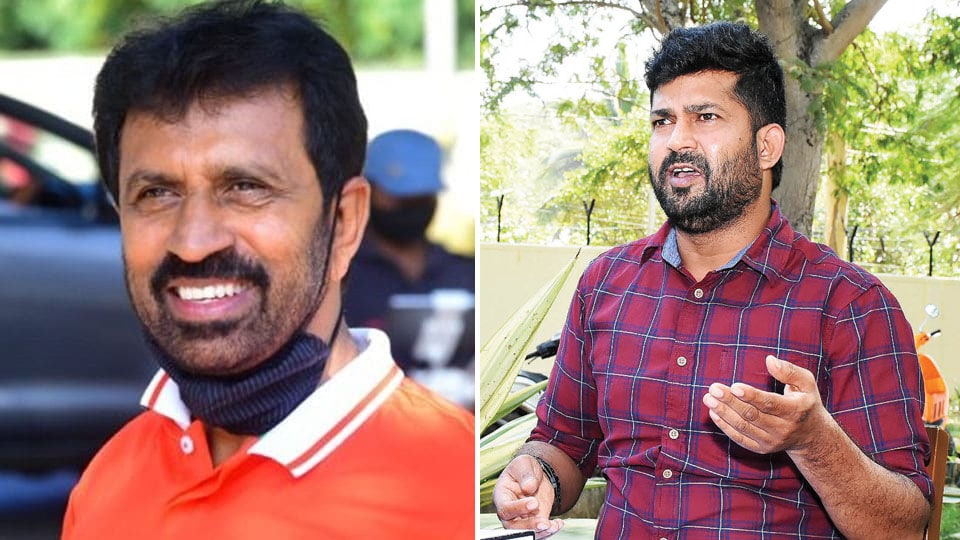 ‘You can’t just dig the roads and leave’

Mysore/Mysuru: A chink in the armour of Mysuru BJP has been exposed with MLAs openly opposing the Centre’s piped gas project that is being implemented in Mysuru in a phased manner. The project has been backed by Mysuru-Kodagu MP Pratap Simha and rumblings have been heard from his own party MLAs S.A. Ramdas and L. Nagendra.

The project involves digging of roads to lay the pipeline and first, Krishnaraja MLA Ramdas reportedly asked the Corporators not to support the project as it involves digging of roads, even the main roads, arterial roads, lanes and bylanes. A day later, Chamaraja MLA Nagendra hit out at the MP and questioned him who will restore the roads that have been dug up for the project.

In an apparent dig at Ramdas, Pratap Simha had stated that some MLAs were celebrating festivals in the name of PM Modi. “It is of no use to just display Modi photos and celebrate festivals and utsavs. Even Modi’s people-friendly projects must be implemented. People are watching these developments. Why did the MLAs not oppose when roads were dug up by telecom companies,” Simha questioned.

Reacting sharply to the MP’s statements, Nagendra told reporters that many dug up roads in the city in all the areas had been repaired at a cost of Rs. 300 to rs. 400 crore over the last 3-4 years. “The company executing the gas pipeline project is paying only Rs. 99 crore after digging up about 500 kms road to lay the gas pipeline. Who will bear the remaining amount for repair of the roads,” he questioned.

“I have written to the Mayor and Corporation Commissioner and have asked how many kilometres of road will be dug up in my Constituency and whether the cost has been calculated for its repair. I have no objection to the project sanctioned by the Centre and in fact, I will welcome more such projects. But the project has to fulfil ground-level needs. You cannot just dig the roads and leave,” he said.

Moving a step ahead, Nagendra hit out at MP Simha for his remarks that he (MP) had received as many votes as they (MLAs) had received from their Constituencies in the Lok Sabha elections.

“All of us including Simha won because of the hard work of the party workers and party Corporators. Especially in Simha’s election, we MLAs and Corporators have worked day and night and though the MP failed to visit most of the areas in our Constituencies, we ensured that maximum votes were gained by him. I pleaded before the voters to vote for Simha and in Chamaraja Constituency, because of our efforts he got a lead of 45,000 votes,” he said.

On Simha’s claims that he had won in the highest victory margin, Nagendra said, “The JD(S) had not fielded a candidate in the last Lok Sabha elections from Mysuru and as such, Simha’s victory margin was high. As a people’s representative, the MP should earn their trust. This can be achieved not by words but by deeds,” Nagendra said.