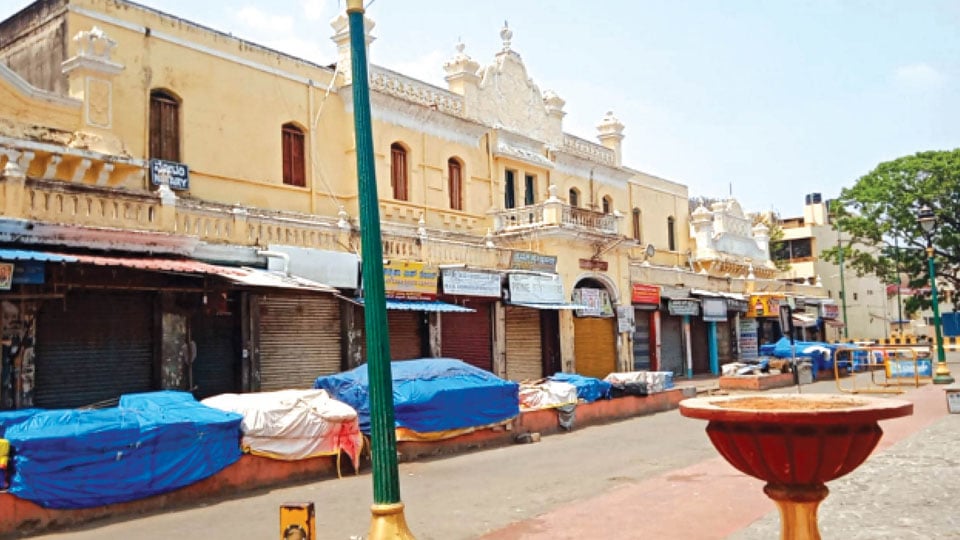 Mysore/Mysuru: Moderate number of shoppers were seen at Devaraja, Mandi and Vani Vilas Markets in city this morning from 6 am to 10 pm. The Mysuru City Corporation (MCC) has implemented odd-even rules in all markets in city till May 12.

While the Government has allowed a shopping window of only four hours between 6 am and 10 am, only a few shoppers were seen in all the three major markets in city. While some fruits and vegetable vendors welcomed the MCC’s decision, others expressed displeasure with the move.

President of Devaraja Market Tenants Association S. Mahadev said that due to the odd-even formula the vendors were incurring severe losses. Speaking to Star of Mysore, he said, “As per the order, all the merchants and the shoppers will only have time from 6 am to 10 am to conduct business. Today morning, only a few shoppers visited this market to purchase fruits and vegetables. The MCC should immediately shelve this plan.”

“This rule has not been implemented in Bengaluru City which is witnessing more number of COVID cases per day compared to Mysuru,” he said.

Supporting the curbs, Vani Vilas Tenants Association Secretary Shivakumar said, “MCC had no choice other than imposing these restrictions as the second wave of pandemic has badly affected the normal life all over the State including Mysuru.”