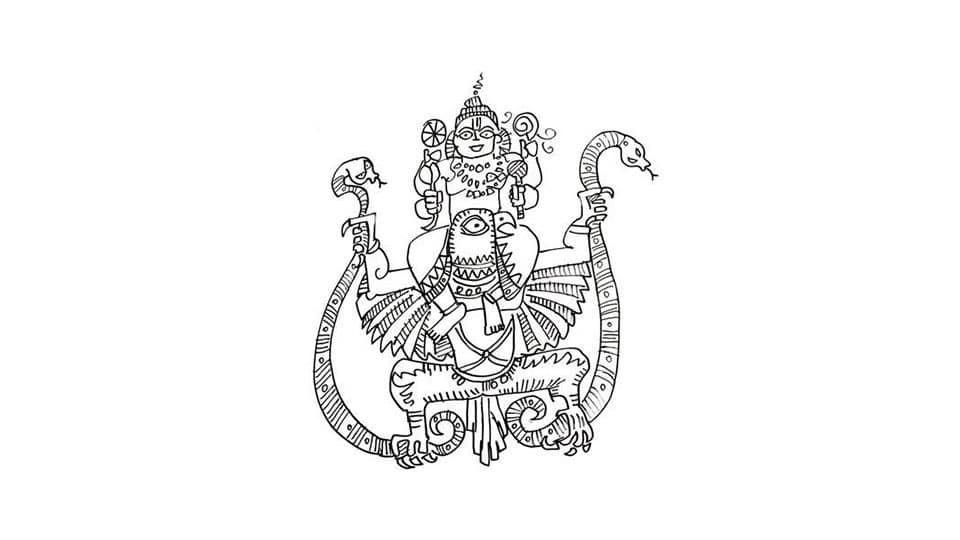 One Idea, Many Expressions

In a typical Hindu temple, we do not find just one image. We find multiple images. For many people, unfamiliar with Hindu tradition, this looks like polytheism. But for Hindus, these are various manifestations or expressions of the same divine principle. Broadly there are three categories of Hinduism, Shaivism, Vaishnavism and Shaktism, and so three categories of temples.

Shaivism deals with the hermit, Shiva, who becomes a householder. We always see the image of the hermit with his wife and two sons: Karthikeya, who makes us feel secure and Ganesha, who nourishes us. So, our hunger and fear are taken care of by the two sons of Shiva. That is the Shiv Parivar.

Vaishnavism entails the worship of Lakshmi and Vishnu, particularly in South India and also, in the Swami Narayan Temples. Vishnu is in standing posture at the Tirupati Devasthanam in Andhra Pradesh and reclining position in Srirangam and Padmanabhaswamy temples.

More commonly, Vishnu is worshipped in his mortal forms, Ram and Krishna. Ram is worshipped with his wife, Sita, accompanied by Hanuman, who serves them, and Ram’s brother, Lakshman. Krishna is often worshiped with his beloved, Radha. This is a little awkward because, for most people, the male and female form have to represent husband and wife.

While this is true with Shiva and Gauri and true with Ram and Sita, it is not true with Krishna and Radha. Radha emerges with the tantric traditions. Radha has a different husband and people don’t talk about it. Many are comforted by metaphysical statements like ‘they are transcendental husband and wife’. It represents a relationship that is which is not defined by custom, convention or by law. Unlike Shiva and Ram, who are seen as husbands, Krishna is seen as a beloved. Vishnu again is seen as a husband with Lakshmi by his side.

The Goddess commonly called Amba or Mata is never shown with a consort or a husband by her side. She is shown as an independent, autonomous person, riding a lion or tiger, with many weapons in her many arms. Although she is dressed as a bride, she holds weapons. The bride represents the fertility aspect of the Goddess and the weapons represent her protective side. In traditional shrines, she is sometimes accompanied by female companions, identified as hand-maidens, or two males who are described as her guardians or sons, Bhairava or Hanuman.

Whenever a temple is designed, people from different faiths come together and each one brings their own deity. Thus, it is a kind of inclusion of many Gods. In ancient times, every tribe would get their own deity into the shrine. You find this in Kulu Manali. It used to be there in Mesopotamia and some people say pre-Islamic Arabia. In Hinduism, they are not seen as discreet entities, they are connected to each other. The different forms satisfy different needs of different people.

So, those who like asceticism are told about the ascetic God Shiva, those who like the householder life are told about Vishnu. Though Ram and Krishna lead householder lives, they lived by practising ‘Nishkam Karma’ or detached engagement with society where you live for satisfying other people’s hunger and not your own hunger. Those who worship the Goddess are constantly reminded of the Goddess in her independent, autonomous form. This makes Hinduism a monotheist religion with polytheistic expression.