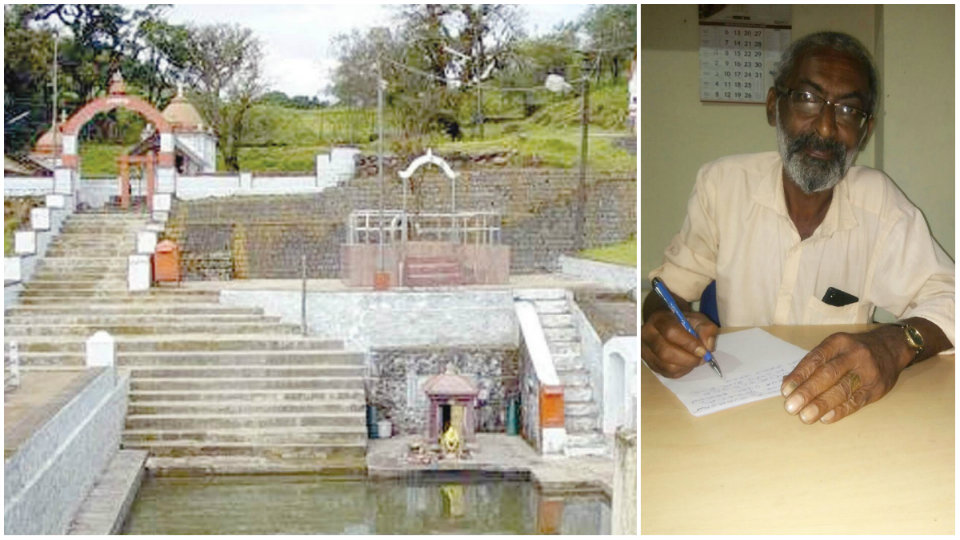 One more Subramanya Temple at Talacauvery

Madikeri: During the ‘Ashtamangala Prashne’ ritual, it was suggested to completely clean the Kannike River and the lake. Also, it was discovered that there are several undiscovered places of worship at Talacauvery and efforts must be undertaken to discover them and start the puja rituals. During the questioning ceremony, the priests suggested that one more Subramanya Temple must be constructed at Talacauvery.

There is a place where a Goddess resides and this must be discovered and restored.

There were seven holy kundikes (holy pond) at Talacauvery and at present, only one Kundike is existing and efforts must be on to identify and restore those hidden kundikes, the ritual revealed. Both Talacauvery and Bhagamandala must be strictly treated as pilgrimage centres and not as tourist centres.

Tourists must be barred from dressing inappropriately at the holy places and all commercial activities must be banned, the ‘Ashtamangala Prashne’ revealed.

The ritual also revealed that during the renovation and restoration of Talacauvery, many concrete-laying works were undertaken that spoiled the natural look and at the same time it resulted in cutting of several trees. Several natural water sources were closed to lay concrete foundation, the priests said.

‘Waste of money and time’

Ashtamangala Prashne is a waste of time and money and those who pursue this ritual have the sole intention of making money, alleged Allaranda Vittal Nanjappa, Convener of Allaranda                        Ranga Chavadi.

Speaking to Star of Mysore, he said that the ritual wasted precious time and it is a futile exercise. “The ritual is a business where ardent devotees are misguided to follow one set of rituals and practices.

“The main problem here is the domination of priests instead of traditional rituals performed by Kodava families like Mandira, Pattamada & Manavattira. Certain Kodavas too have come under the influence of the priests & this has caused present vulnerable state of River Cauvery,” he alleged.

Vittal has said that Kodavas and their families have never harmed the river and the real culprits are some resort owners and property developers who, without realising the importance and significance of the holy place, have indulged in indiscriminate development, spoiling the place.