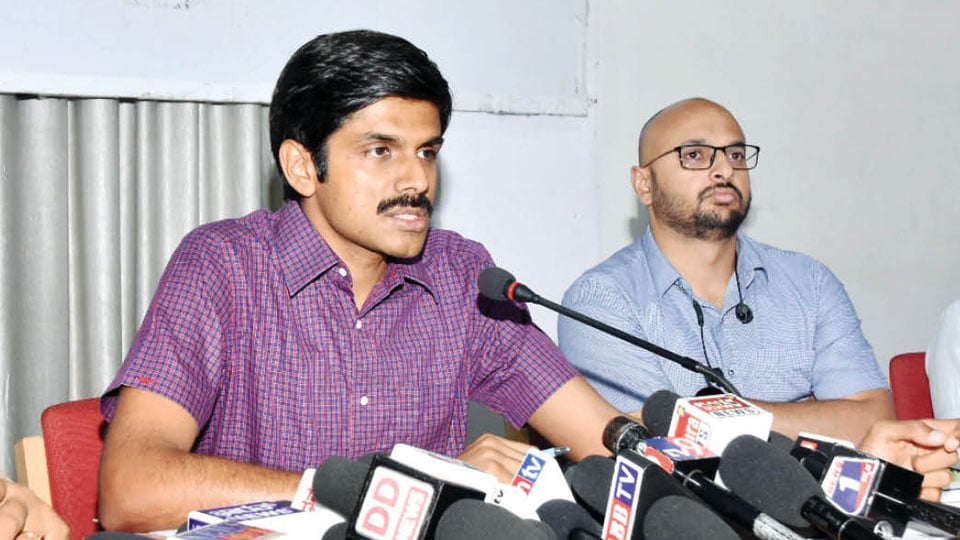 One person tests positive for COVID-19 in Mysuru

Patient came from Dubai to Bengaluru via Goa, took a taxi to Mysuru

Mysore/Mysuru: One person has tested positive for COVID-19 today, announced Mysuru Deputy Commissioner Abhiram G. Sankar. In a hurriedly called press conference at his office this evening, the DC said that the person tested positive hailed from Mysuru and had come from Dubai last Thursday.

The person boarded an Air India flight from Dubai to Bengaluru via Goa and landed at Kempegowda International Airport and came to Mysuru in a taxi. He stopped at Maddur to have tea. The person developed uneasiness and fever. Before going home, the person directly came to K.R. Hospital where he was screened. His samples were tested and he turned positive. Even the second confirmatory test done today resulted in confirming that he is infected, the DC said.

“We are identifying his primary and secondary contacts from Bengaluru till Mysuru, at the entrance of the hospital, medical and para-medical staff and also doctors who have come into his contacts. We are on the job and the complete contact-tracking chart will be released soon,” Abhiram Sankar said.

New COVID-19 cases have been confirmed in Karnataka, taking the total number of infections to 19, Minister for Health B. Sriramulu said today.

In his tweet, he said that a 36-year-old, who had returned from Mecca last week, went to hospital to get checked for fever after returning to his hometown in Gauribidanur in Chikkaballapura District. When the fever did not cure, he was admitted to Rajiv Gandhi Hospital.

His mother, who travelled with him from Hyderabad, was being subjected to check up. He said that the victim had arrived in Hyderabad by flight on Mar.9 and reached his home town in Karnataka by bus via Hindupur.

Meanwhile, all commuters entering Mysuru city from Kodagu are being screened at the borders as a precautionary measure. Kodagu has a COVID-19 positive case and as he has come in contact with many people inside the bus he was travelling and wherever he travelled, the Mysuru administration does not want to take a risk. Check-posts have been set up at entry points from Kodagu where commuters 0are being thermal-screened by health officials.