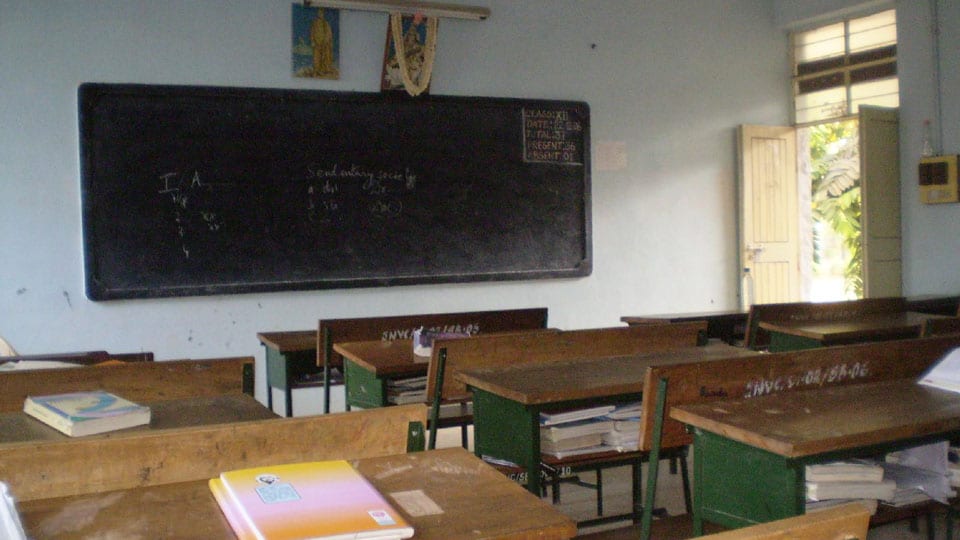 Mysuru: Members of Human Rights Protection and Corruption Eradication organisation have sought action against teachers of a private school here for allegedly humiliating two girl students for not paying fees.

Addressing a press conference at Pathrakartara Bhavan here yesterday, organisation President K. Sudhamani alleged that the two girls studying in second standard at the private school were not allowed to write the mid-term exams held in September and were humiliated in the class in front of other students for not paying fees.

She said that teachers also spoke ill about the parents of those two students besides stating that when the parents questioned the school management they were given callous reply.

Sudhamani also alleged that the school management was not giving authorised printed receipts for the fees paid by the parents but was writing the same on a plain paper and was giving it as cash paid receipts.

“The organisation had written a complaint to the State Child Rights Protection Commission in this regard and the Commission has ordered sacking of five teachers including the Principal and remitting the two month salary of these teachers to the bank account of the two children as compensation. The Commission has also asked the Deputy Director of Public Instructions and Block Education Officer (BEO) to implement the order and submit a report,” Sudhamani said and alleged that though 15 days have passed since the order was passed, no action has been taken till date.