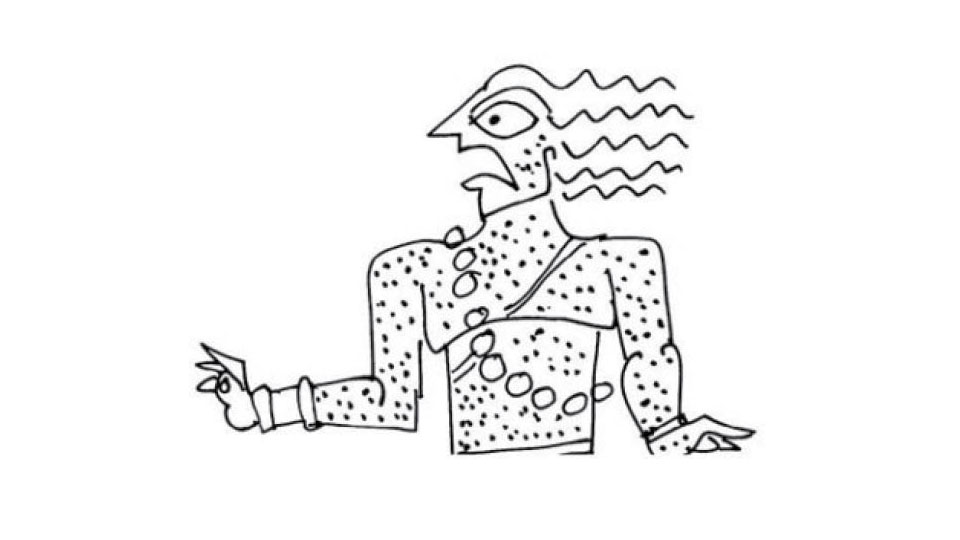 In Hindu mythological stories narrated in the Puranas, Brahma’s son Kashyapa has two wives. One called Aditi, the other called Diti. Aditi’s children are called Adityas or Devas, and they reside in the celestial realms above the sky. Diti’s sons are called Daityas, and they reside in the subterranean realms known as Patal, or realms under (tala) the feet (pa). Sometimes Diti is identified as Danu and her children are called ‘Danavas’. Daityas and Danavas are collectively called Asuras.

Aditi and Diti are always competing for Kashyapa’s attention and their rivalry extends to their children. So Devas and Asuras keep fighting with each other. They are primal rivals, the quarrelling brothers since the dawn of time. There is never a clear reason why the two are fighting.

But descriptions of the Patal reveal that Asuras are anything but poor. They have access to jewels that illuminate their otherwise sun-deprived dark realms. They are a land full of beautiful women, secret occult arts such as maya, siddha and tantra.

Devas and Asuras are brothers fighting over property, as brothers always fight over property. This primal battle of brothers extends into the Ramayana and Mahabharata. In our desire to make things simple, we have made the Devas the good guys, the moral guys, and Asuras the bad guys, or the immoral guys, evidence notwithstanding.

Since Vedic hymns are in praise of celestial ‘luminous’ Devas, we naturally assume that Devas are good, and so Asuras are declared as dark and bad, even though stories tend to suggest quite the opposite: Indra is notorious as he steals horses of kings and seduces wives of sages, while Bali and Prahalada and Virochana are famous for their generosity.

We are also conditioned by false directional hierarchies — all things above must be good and all things below must be bad. Sky therefore gets a moral high ground over the earth, birds become sacred and serpents notorious, an idea perhaps shaped under increasingly Christian influence from around 2,000 years ago.

In many regional versions of the Ramayana, Patal of Asuras is the land of sorcery. Here lives Mahiravan who abducts Ram and is defeated by Hanuman, who then becomes popular as Patali Hanuman, often visualised standing upside down in the topsy-turvy world of subterranean demons. In the Mahabharata, however, under the earth, is the dark realm of ‘Naraka’ or hell, where there is no sun or wind, and where people suffer for bad deeds in their lifetime. This confuses the realm of Asuras with Hell. Asuras become ‘demons’ rather than simply the half-brothers of Devas, the not-so-loved and the less entitled sons of Kashyapa. In other words, story-tellers end up ‘othering’ the Asuras, stripping them of humanity and divinity, as we often do to our political and intellectual opponents.