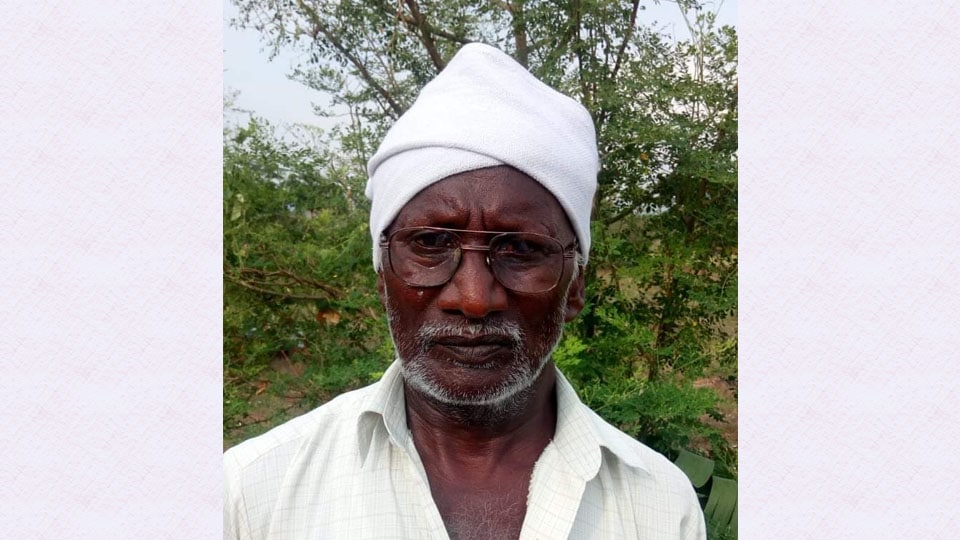 22 persons were killed in blast engineered by forest brigand Veerappan on April 9, 1993

Mysore/Mysuru: A convict in the Palar bomb blast case engineered by forest brigand Veerappan breathed his last at K.R. Hospital in city this morning. He has been identified as 66-year-old Moris Gownder Bilavendran.

Bilavendran was housed at the Mysuru Central Prison and hailed from Maartalli village in Hanur Taluk of Chamarajanagar District. He was admitted to K.R. Hospital after he was found in an unconscious state inside his prison cell. He breathed his last today morning. His relatives have come from Maartalli to take the dead body.

Brigand Koose Munisamy Veerappan, whom the Police claimed to have killed in an encounter on October 18, 2004, in a village near Dharmapuri in Tamil Nadu, had planned the Palar bomb blast that took place on April 9, 1993, in which 22 persons, including five Policemen, two forest guards and informers, were killed after Veerappan trapped them with landmines in the dense forests on the Tamil Nadu-Karnataka border.

In the subsequent Court case, four were convicted as they were booked under TADA (Terrorist and Disruptive Activities (Prevention) Act) . They were Moris Gownder Bilavendran, Anthoniappa Simon, Joseph Gnanaprakasam and Kolandaiyappa Mathaiyan (Meese Madaiah). Of them Simon passed away in jail. They were sentenced to death and later the Supreme Court commuted the death sentence to life imprisonment as there was a delay in executing the death sentence. Mani from Maartalli village, a close relative of Bilavendran, also was an accused in the case, but he was released for want of evidence.

The accused had approached the President with mercy petition and was subsequently rejected. The accused had repeatedly approached the Supreme Court against the delay. “Like the death sentence is passed lawfully, the execution of the sentence must also be in consonance with the constitutional mandate and not in violation of the constitutional principles,” the Supreme Court Bench had said on the inordinate delay in the execution of death sentences based on the appeal filed by the convicts.
Palar blast incident

The Special Task Force constituted to arrest Veerappan had a base in Palar near male Mahadeshwara Hills. On April 9, 1993, IPS officer K. Gopalakrishnan had left the Palar base along with a team of 41 members which included Police from Karnataka and Tamil Nadu, forest officials, forest watchers and informers.

The team left in two vehicles, of which one was a bus carrying most of the team members, and a jeep carrying Gopalakrishnan who stood on the footboard of the jeep watching the road ahead. The Veerappan gang had planted IED (Improvised Explosive Device) landmines on the road in more than 14 places to obstruct the movement of convoy.

As the bus passed over the landmines, Simon and Madaiah allegedly detonated the gelatine sticks just outside the town of Surakkamaduvu, resulting in an explosion that threw the bus hundreds of feet away, killing 22 people. Over 30 personnel were injured. Not stopping at this, the brigand gang members then fired on the team from a vantage point in the forest.

Gopalakrishnan suffered severe injuries to his head and legs and underwent nine surgeries, returning for duty after 18 months and later retired as DIG in 2008. Notably, there was a campaign in Tamil Nadu against the death penalty awarded to the four accused. Later, the death sentence was commuted to life imprisonment.