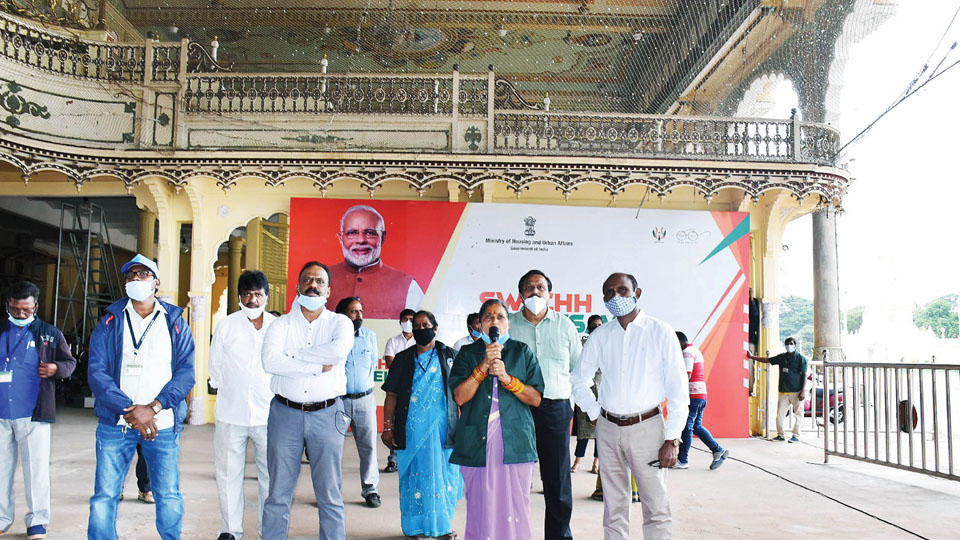 New Delhi/Mysuru: Prime Minister Narendra Modi will virtually announce the results of the Fifth Edition of the Annual Cleanliness Survey ‘Swachh Survekshan 2020’ tomorrow at 11 am. The announcement of 2020 results was delayed owing to COVID-19 pandemic. Normally, the results are announced in March and April every year.

A total of 129 awards will be given to the top performing cities and States at the virtual ‘Swachh Mahotsav’ that has been organised by the Ministry of Housing and Urban Affairs. The Survey was completed in 28 days and 1.87 crore people across 4,242 cities, 62 cantonment boards and 92 towns along river Ganga participated in it.

“Our actual place will be known tomorrow. We have been striving hard to achieve the Cleanest City ranking and the credit must go to Pourakarmikas, residents of Mysuru, official machinery and the elected representatives. The concept of waste segregation must be followed diligently by all,” he said.

READ ALSO  Will these damaged name boards in Siddarthanagar be replaced?

A special screening of the virtual award ceremony has been arranged at Mysore Palace tomorrow at 11 am where MP Pratap Simha, city MLAs, Deputy Commissioner Abhiram G. Sankar, Mayor Tasneem, MCC Commissioner Gurudatta Hegde and other officials will  be present.

At the Palace, two flex boards with the text “Swachh Mahotsav — Celebrating Urban Swachhatha Champions’ have been installed and two giant LED screens have been set up for the virtual event. While one screen has been set up near the venue of the annual Dasara cultural programmes, the other screen has been set up inside the Palace structure in case it rains. A small stage will be set up and arrangements will be made to seat over 50 persons.

As part of the programme, the PM will launch the Swachh Survekshan 2020 results dashboard. He will also interact with select beneficiaries, swachhagrahis and safai karmis (sanitary workers or Pourakarmikas) under the Swachh Bharat Mission – Urban Programme, from different parts of the country.

From Mysuru, Pourakarmikas Nanjundaswamy and Manjula have been selected to interact with the PM through a virtual platform against the backdrop of Mysore Palace. They are the only two Pourakarmikas who have been chosen among Pourakarmika fraternity from South India.

MCC sources said that in all, 10 Pourakarmikas were shortlisted to interact with PM Modi and finally, Nanjundaswamy and Manjula were selected as they had good knowledge of Hindi. MCC officials said that both Nanjundaswamy and Manjula have good knowledge and experience of keeping Mysuru clean and as they can interact effortlessly in Hindi they will be in a better position to interact with the PM.

READ ALSO  Now medicines to reach doorstep of the needy

Nanjundaswamy got the Pourakarmika job under compassionate grounds after his mother Nagamma, also a Pourakarmika, died in 2009 while in service. He told SOM that he was excited to interact with Modi and the event will be a morale-booster for the entire Pourakarmika community who are performing the role of  COVID Warriors.

Manjula has been in the field for 22 years and at present, she works as a Pourakarmika at Lashkar Mohalla Ward. Her family has four Pourakarmikas with her three sons also involved in the work with MCC.

This morning, a mock drill of the virtual event was conducted at the Palace premises and was supervised by officials from Ministry of Housing and Urban Affairs. Two officers exclusively from the Ministry have been deputed to Mysuru to supervise the arrangements and the officers interacted with the Ministry officials in New Delhi through the virtual platform.