Home » Columns » Abracadabra By K. B. Ganapathy » TIME to know the world’s most influential people 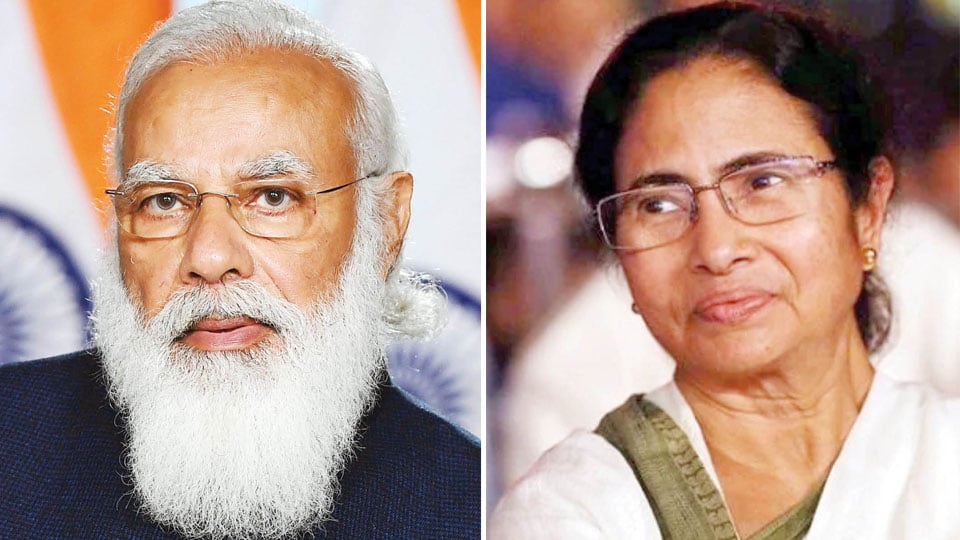 TIME to know the world’s most influential people

The American influence peddler and deceptive persuader of a magazine TIME has come up with an interesting and revealing subject in its Sept. 27, 2021 issue. It has its selection of ‘The World’s Most Influential People’ numbering 100.

It is for this reason I was surprised to see Modi’s name once again here among the 100 world’s most influential people under the section ‘Leaders.’ Of course, as a counterweight, it has also included another Indian under this section ‘Leaders.’ That is West Bengal’s Chief Minister Mamata Banerjee.

There are six sections among these 100 and they are 1. Pioneers 2. Artists 3. Leaders 4. Titans 5. Innovators 6. Icons. India, apart from finding a place under the section ‘Leaders,’ it has also the honour of finding a place among ‘Pioneers’ and ‘Titans.’ Adar Poonawalla of Serum Institute of India (born Mumbai) and under the section ‘Icons’ it has Manjusha P. Kulkarni (born Pune), who is the Executive Director of Asian Pacific Policy and Planning Council dealing with America’s current problem Racism. Of course, she must be an American citizen though born in Pune, India. Let it be.

Here I would like to share with my readers what TIME magazine thinks about its two chosen Indian leaders — Prime Minister Narendra Modi and Chief Minister Mamata Banerjee. First, Mamata Banerjee: The author of the brief write-up on Mamata Banerjee is Barkha Dutt, Indian television journalist and author known in our country for her skewed, patently partial and abominably biased journalism with an agenda.

Mamata Banerjee is called an ‘Ascendant Politician.’ Barkha Dutt writes “…She rose from abject poverty — working once as a stenographer and a milk booth vendor to support her family. Of Banerjee, it is said, she doesn’t lead her party, the Trinamool Congress — she is the party.”

Here I am reminded of the famous utterance of the Roman Dictator Julius Caesar. He was so presumptuous about his own power, he said, “Rome? I am the Rome.”

Be that as it may, here is the final prediction by Barkha Dutt about Mamata Banerjee’s political ascendance. “If any coalition of forces were to come together to counter Modi nationally, Mamata is almost certain to be the pivot.” Alleluia! For the Left Liberals and what we read and hear as ‘Members of the Lutyens Club’ (Headquarters in Delhi), Modi is like the ubiquitous ghost in the Shakespearean play ‘Hamlet’. He must be brought in somehow in their writings and reporting. Should it be so for them,  so be it!

Now let us turn to Prime Minister Narendra Modi and find out where he stands as a Leader, according to Fareed Zakaria, India born and the famous erudite, very gentle and refined host of CNN TV news channel of America. ‘Taking more control’ is the opinion per se.

According to Zakaria, “In its 74 years as an independent nation, India has had three pivotal leaders. Jawaharlal Nehru, its founding Prime Minister, set the template for the country as secular and democratic. Indira Gandhi presided over its most tumultuous times, spanning war, civil strife and Emergency rule. Narendra Modi is the third, dominating the country’s politics like no one since them.”

Precisely. I am a child of seven years before our independence and would wholeheartedly agree with what Zakaria has said of the three leaders — Nehru, Indira Gandhi and Modi. The rest of what he has written about Modi is palpably inappropriate and out of focus. I do not think Modi has mishandled COVID-19. A sure case of misinformation about a country of 130 crore population fighting the scourge of Coronavirus. It was Modi leading from the front who personally visited the three major vaccine manufacturing units in Pune and other two places — Hyderabad and Ahmedabad — as soon as the vaccine was discovered and set the manufacturing process on a war-footing. Now we have enough vaccine for our needs as well as for exporting for the needy. Please give the devil its due. Time we verify and then trust what is said or written.

If Modi has not moved off the Socialist past as believed, by people like Zakaria, when he was elected, it is because India is a ‘rich country where poor people live.’ Hence, it cannot move off its Socialist past. It is like the affirmative action or food coupon in America. Modi is right, he knows his people from a touching distance, not from across the Atlantic or Pacific Ocean. Pure Capitalism is as dangerous as Pure Communism — it will not give relief to the poorer sections of the people in any country. Is it possible to make jewellery from pure gold?

Zakaria, anyhow, gives a left-handed compliment on this issue to Modi but holds him guilty of pushing ‘the country away from Secularism and toward Hindu Nationalism.’ He does not forget to write about ‘eroding the rights of India’s Muslim minority.’

He says Modi’s Government imprisoned and intimidated journalists “who shine a light on its abuses and has passed laws crippling India’s thousands of NGOs…” Well, well, well. Enough of advocacy of these NGOs. Laws passed are not enough to check the financial power of these NGOs. NGOs were running a parallel economy with funds cascading from foreign countries. For what purpose? I think Modi Government must have enough reason to pass those laws. As I know, mushrooming of these NGOs is phenomenal and this easy money is used, with no monitoring by any Government agency, to achieve their own hidden agenda.

Zakaria writes that according to two international think tanks “India has veered away from democracy” and the V-Dem Institute calls Modi’s Government as “electoral autocracy.”

Yes sir, we have seen “electoral autocracy” with brute majority in the Parliament and what it could do to the people and the country decades before Modi came to power in 2014. We had the Emergency and more, including the amendment of the Constitution  to nullify the verdict of the    Court which was nothing but an electoral autocracy.

Time magazine must be admired for its labour of identifying these 100 persons who are world’s most influential people. And these are the people who will work to make the world a better place to live by shaping it appropriately using their genius and labour.