Home » News » I am here by the grace of God: Sunanda Palanetra 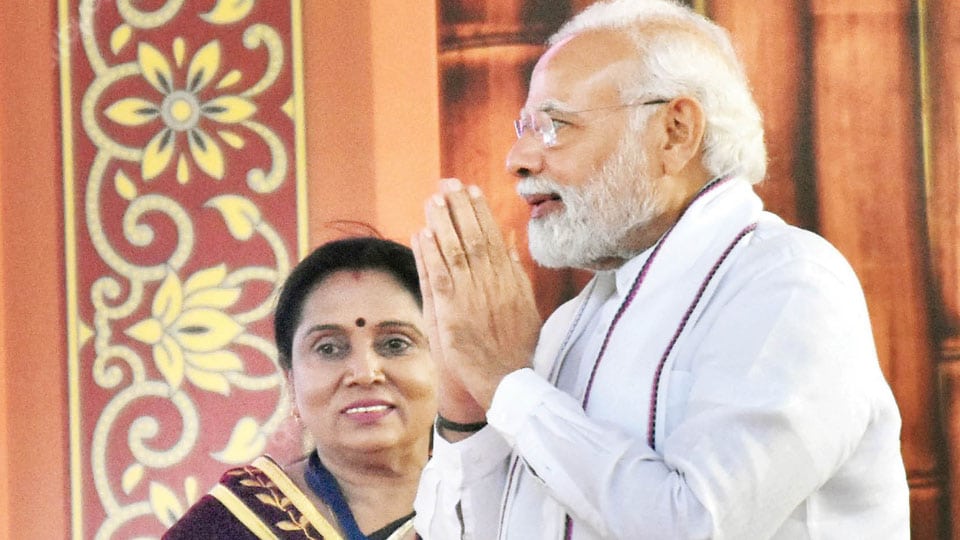 I am here by the grace of God: Sunanda Palanetra

Mysore/Mysuru: Sunanda Palanetra has achieved a rare distinction of sitting on the Mayor’s chair despite her term ending and her designation as In-Charge Mayor notwithstanding. She got a chance to be in the limelight during the visit of Prime Minister Narendra Modi and even shared the stage with him.

At a time when many Mayors do not get a chance to meet even the Chief Minister during their term, Sunanda Palanetra got the opportunity to receive the PM. “I have served the party (BJP) for 30 years and this is a God’s gift. I do not want to stick on to my chair and as soon as the reservation matrix is announced, I will relinquish the post as mentioned in the law,” she told Star of Mysore.

“I have come from the grassroots and many people who have served the party for 30 years have become MLAs, MPs, State and National leaders. But I am satisfied for the fact that many development works that will change the face of the city were initiated during my term and I am happy that I could live up to the expectations of the people. I had dedicated my career to public service and this has paid off,” she added.