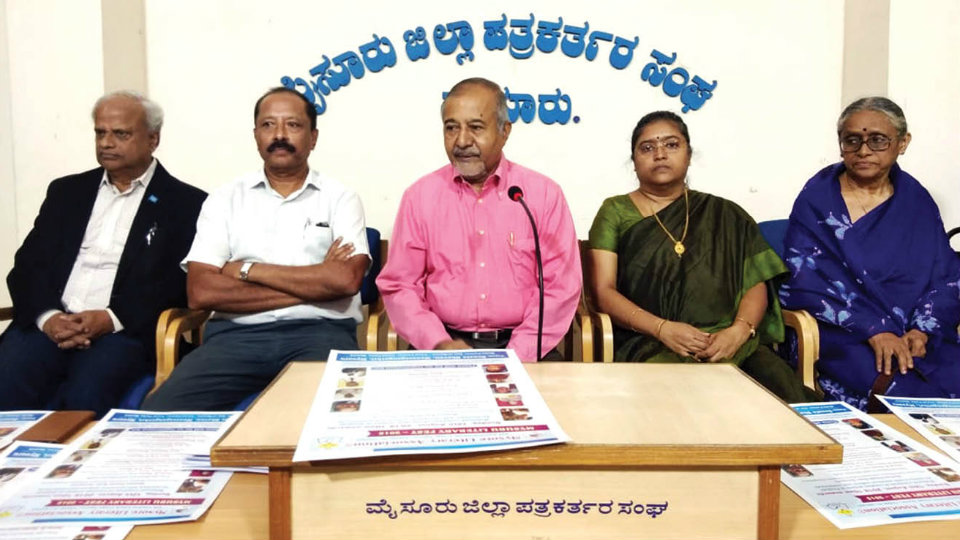 Mysuru: Mysuru, which is the cultural and literary capital of the State, is hosting its second Mysuru Literary Fest on Aug.12 at Senate Bhavan in Manasagangothri in which accomplished people from the literary field are participating, said President of the Mysore Literary Association (MLA) and former Vice-Chancellor of Rajiv Gandhi University, Arunachal Pradesh, Prof. K.C. Belliappa.

He was addressing a press conference at the Patrakarthara Bhavan here yesterday and said that the aim of the day-long Fest is to bring students, teachers and lovers of English literature together on a single platform.

This will be followed by a talk on “Mobs, Mobiles and Declining Diversity: Reflections on our times” by Padma Shri Dr. G. N. Devy and on the topic “Equity through Discrimination: India’s Quest” by former Director, Madras Institute of Development Studies, Prof. V.K. Natraj.

In the concluding part of the fest, the panel discussion will be on the topic “Are we a Sporting Naion?” in which senior sports journalist Vedam Jaishankar and international athlete and motivational guru Arjun Devaiah will participate. Academician Dr. H.S. Shivanna will moderate the session, he said.

The participation in the Fest is free of cost and certificates will be issued to the interested participants, he added.