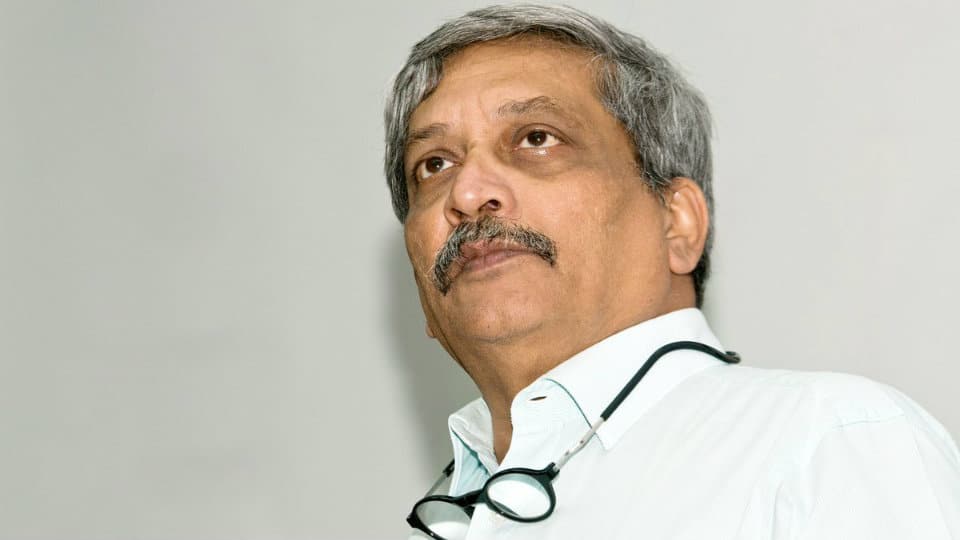 Parrikar to take oath as Goa CM on Tuesday

Manohar Parrikar, who resigned as Defence Minister, is expected to take oath as Goa Chief Minister at 5 pm tomorrow. He will have 15 days to prove his majority in  the House.

The lone NCP MLA and an Independent MLA also joined the coalition extending their  support to BJP. With this, BJP has achieved the magic number of 21 MLAs to form the Government.

Sources said that Manohar Parrikar will contest the by-election from Mapusa seat, which was won by Francis D’Souza and in return D’Souza, will receive a Rajya Sabha seat.