Home » Feature Articles » The Peacock Angel of the Yazidis 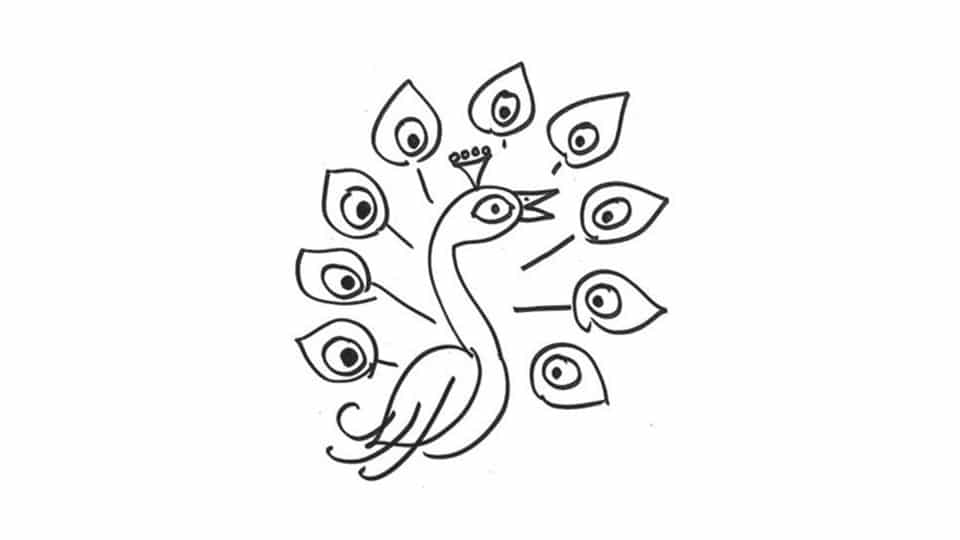 The Peacock Angel of the Yazidis

To the North of Iraq live the people known as Yazidis, roughly half a million in number, who have been mercilessly hunted down by the rabid hordes of the Islamic State (ISIS) on grounds that they are Devil-worshippers. In reality, Yazidis have a unique belief system that is a mix of Abrahamism and Zoroastrianism and, probably even, Hinduism. This may be why followers of Hindutva have shown, at least on the Internet, an unusual and exaggerated empathy for their plight. They argue that the mass killings and rape of Yazidis by ISIS is what is in store for the Hindus of India unless they abandon the naïve ‘ahimsa’ route and take up arms against the rising Islamist menace.

The Yazidis believe in one God, who has placed the world in the care of seven angels, the first of whom is the Peacock Angel. In Abrahamic mythology, when God created Adam, the first man, he asked the angels to bow to Adam. The angel who refused to is called Iblis in Islamic mythology and he became the Devil. However, in Yezidi mythology, the angel who refused to bow before Adam was the Peacock Angel who argued that he was the first angel created from light and so could not be expected to bow before a creature made of dust.

This answer pleased God who made the Peacock Angel his representative on earth. The Peacock Angel’s tears extinguished the fires of Hell, and so, humans, through his guidance, can rise up to Heaven, closer to God. But he is both good and bad, just as the earth is good and bad, and this ambiguity has led to Yazidis being seen as Devil-worshippers by Muslim communities around them.

The Yazidis believe they are a superior race as they are descendants of Adam while rest of humanity are descendants of Adam and Eve. God asked Adam and Eve, before they copulated, to collect their vital fluids in a jar. From the jar containing Eve’s vital fluid were created vermin and insects. From the jar containing Adam’s vital fluid, a son was born who married a celestial being of Paradise known as houri and from them the Yazidis are said to have descended. This is why Yazidis are strictly forbidden to marry outside their community. Those who do are ex-communicated. This strict endogamy mirrors the Hindu caste system.

The Yazidi veneration of the peacock, which is not native to Northern Iran, and the snake, has led to some people assuming a connection with Tamilians, who see the peacock and the snake as the symbol of Murugan, the ancient Tamil God, worshipped atop mountains. The seven angels are seen as the seven siddhas who possess celestial powers known as siddhis, leading to the rather forced etymology of Yazidi from ‘ya siddhi’. Yazidis bury their dead like ancient Tamilians, and tombs have a conical roof, like the ‘vimana’ of a Hindu temple. In Yazidi rituals, lamps play a key role, much as in Hindu rituals.

The Yazidis believe in the purity of elements such as earth, fire and water, and they pray looking in the direction of the sun, much like Zoroastrians, who thrived in Iran before being pushed out following the rise of Islam. The Zoroastrians emerged from the Iranian arm of the eastward moving Indo-European tribes, while Vedic Hindus emerged from the Indian arm. However, unlike Zoroastrians, Yazidis do believe in a kind of reincarnation that leads to spiritual purification. This is explained with the metaphor of ‘changing the garment’ resonating ideas from the Gita furthering the connection with Hinduism.