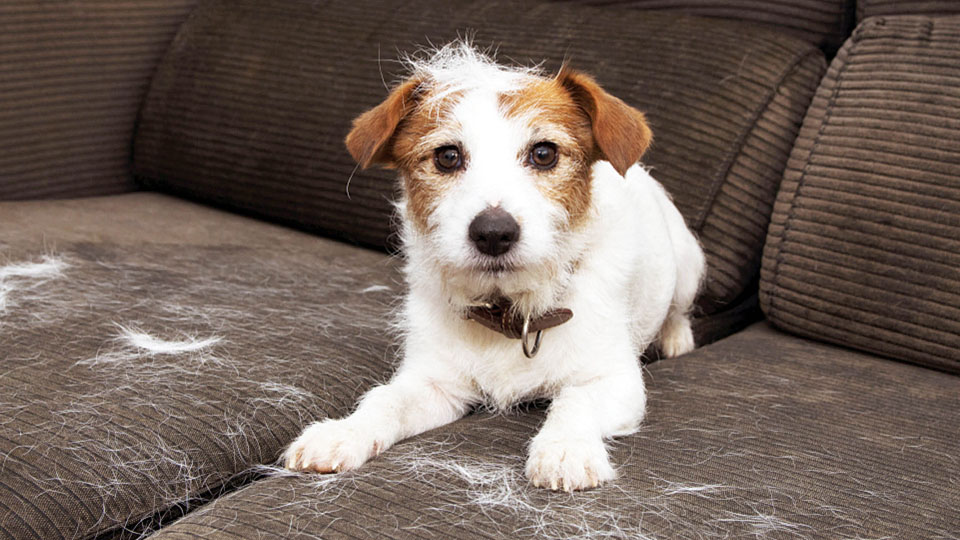 In this week’s Pet Talk, Maneka talks from dehorning of cattle to dogs shedding hair

Why is dehorning of cattle practiced?

It is not done to help the animals. Dehorning is practiced because cattle without horns are easier to handle. Dehorned animals also require less space in the pen, and at the feeder, than horned animals. The most commonly used procedures today are hot-iron disbudding, chemical disbudding (through the application of a caustic paste), and amputation dehorning. Whilst disbudding is usually performed during the first 4 to 6 weeks of the animal’s life, when the horn buds are between 5 and 10 mm long, dehorning is performed once the horn is formed. All these are extremely painful procedures. In some of them the animal can even die.

Why do male birds fight over access to females and not the other way around?

Two reasons: Males outnumber females, so they fight over access to females. The second is that females prefer stronger, more capable, better providing males. The fights are not necessarily vicious ones. They could be about building rival houses, or being brighter in colour, or singing better. The female is looking for husband material and someone who will have stronger genes to pass on to their children. On average, males outnumbered females by around 33%.

Why do dogs shed more hair during summer?

Seasonal shedding occurs as a result of rise in temperature. This process is known as “blowing coats”. When the weather warms, dogs shed their old winter upper coats to make way for a lighter summer coat. However, this is not a lot of hair. If large amounts of hair is being shed, the causes have to be seen immediately. They can range from allergies to mange to fungal infections to malnutrition.

Why do dogs salivate more during summers?

Excess salivation, or drooling, occurs when environmental temperature rises. Dogs breathe through their mouths and put their tongues out to cool down the blood temperature. Constant sticking out of tongue leads to more salivation. Drooling for a longer period can be the sign of heat stroke, or it can also represent tooth decay and gum inflammation.

Why do newborn puppies whine a lot? And how to stop them whining?

Newborn puppies are learning how to communicate their needs and wants. They whine a lot more to get the attention. Sometimes they whine when they are in pain, or they are hungry, or they are separated from the warm body of their mother. In order to stop the whining, observe their behaviour and give them what they need.

Community Cat is a term used to describe outdoor, unowned, free-roaming cats. These cats could be friendly, feral, adults, kittens, healthy, sick, altered or unaltered. A Community Dog is a dog that is not confined to a yard or house. These include street dogs, village dogs, stray dogs, feral dogs, etc., and may be owned or unowned. Such dogs are cared for by one owner or a community of owners, and are able to roam freely. Community Dogs and community cats are the ones roaming freely and which are taken care of by the community or even a single person from the community/ locality.

Can a pregnant animal be vaccinated?

In general, vaccinations are not recommended for pregnant animals. The first half of the pregnancy is the most vulnerable time for foetal development. Vaccines, that are modified live (versus killed), are not considered safe at any time of the pregnancy. Killed vaccines, such as rabies vaccines, may be given during pregnancy (especially during the latter half of gestation), but are not recommended. There may be situations where vaccination may be advised to protect the mother’s health. However, one should avoid vaccinating animals in the last month of pregnancy, as the animal, as well as the foetus, could be injured during restraining.

Can a pregnant animal be dewormed?

Pregnant animals, such as cattle, should be dewormed near the time of calving and again 6-7 weeks after calving, after consultation with a veterinarian. It is particularly important to deworm pregnant dogs in order to prevent them from transferring intestinal parasites to their puppies.

According to Revival Animal Health, as a mother dog becomes heavily pregnant and stressed late in her pregnancy, parasites become active. Because the mother dog has the lowest resistance to parasites at this time, she’s at risk of developing a significant parasite load, and this can have implications for the puppies. Puppies will be born with sterile guts, and mothers provide the puppies with good bacteria through their milk.

This bacteria then helps the puppies’ digestive systems. However, the same milk that provides the puppies with good bacteria can also transmit parasites, including roundworms, hookworms, whipworms, Coccidia, and Giardia. With proper deworming you can control the parasites, so they don’t take root in the puppies and get out of control.

What should we do if a rabid dog bites an animal?

Wash the wound of the bitten animal immediately, under running tap water, for 5-10 minutes. In absence of a tap, pour clean water from a vessel. Clean the wound with ordinary bath soap gently. Apply tincture iodine and take the animal to the nearest Veterinary Officer.

Observe your pet for 45 days for any symptoms of rabies after the booster shot. If the biting animal tests positive for rabies and your pet has never been vaccinated, the recommendation is to put the pet down. If you are unwilling to euthanise the pet, it must be confined for 6 months and vaccinated against rabies (the rabies vaccine must be administered at least 1 month prior to release). All species of livestock are susceptible to rabies. As with domestic pets, livestock that have been vaccinated for rabies should be revaccinated immediately and observed for 45 days.

My dog’s eyes are red. What could be the problem?

If your dog’s eyes appear visibly red or swollen, it could be a sign of something as minor as an irritation or mild allergy, or as serious as eye disease. Redness, swelling and discharge can indicate a wide array of issues for dogs, from harmless, mild allergies, to something far more serious. Some of the most common causes of red, bloodshot, and/ or weepy eyes in dogs include, eye injury or trauma, such as a scratch or foreign object in the eye, allergies, conjunctivitis, glaucoma, dry eye syndrome, uveitis and corneal ulcers. Red eyes can also be caused by underlying medical issues like hyperthyroidism, diabetes and some cancers. Sometimes a red eye is simply a temporary reaction to a mild irritant but never take this lightly.

Does tick fever affect the lifespan of dogs?

Any disease reduces a lifespan. Tick fever is a broad generic term that identifies a group of diseases. As ticks suck the blood of a dog, they transmit a large number of diseases, including Rocky Mountain spotted fever, Ehrlichiosis, Q fever, and Lyme disease. Skin wounds, caused by ticks, can lead to secondary bacterial infections and screwworm infestations.

Severe tick infestations can lead to anaemia and death. Toxins from these ticks may cause paralysis. Chronic problems from Lyme disease may include kidney, heart or neurologic problems. In dogs, the most common of these chronic problems is possibly irreversible kidney failure.

How to stop dogs from being over-possessive of their owner and nipping people around them?

Stopping dogs from being over-possessive and nipping people around them is not difficult. You just have to stop giving him unlimited attention, teach him to cope up with being alone, encourage him to bond with other people and enforce some ground rules and boundaries. Actually, it’s a blessing when the dog shows its protective stance during emergency situations, but it’s another matter when they are trying to protect their owners from somebody who isn’t doing anything wrong.

How fast can distemper kill a puppy?

Almost no puppies survive distemper and they have complications such as pneumonia and encephalitis. The terminal stage for Canine Distemper is usually 2-4 weeks after infection; however, if the nervous system is affected, most die within days.

Do dogs like travelling in cars or riding on scooters?

All dogs are different. While some dogs really love to ride in a car or on a scooter, it isn’t true in the case of all the dogs. If they are not used to it, travelling with your dog can be a stressful activity for your pet, as you are taking them out their normal routine and they might be easily scared and anxious during the travel.

Do stray dogs feel lonely or left out or feel a lack of love?

Indian dogs are community dogs. They do not move in packs. They like human communities and prefer to live near them, no matter how brutally they are treated. They need affection as pets do. They have made themselves utterly and completely dependent on humans.