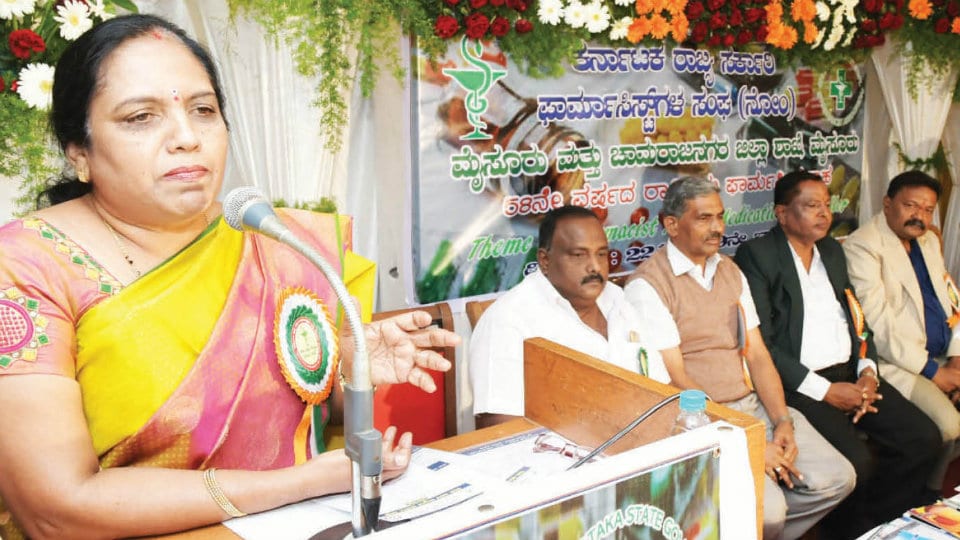 Claiming that the recent amendment to Schedule K of Drugs and Cosmetics Act enables even Anganwadi and ASHA workers to dispense medicines at National Health Programmes, which would have an adverse bearing on the health of the people, he said that  Government pharmacists will function wearing black bands from Jan.2 to 12, 2020, to register their protest against this amendment and also for fulfilment of their demands. Maintaining that over a thousand Pharmacist posts were lying vacant in the State Government, Desai urged the Government to fill them up at the earliest. He also  expressed disappointment over the Government’s action of sending pharmacists on deputation for carrying out additional workload.

Earlier, Dr. B.S. Pushpalatha, Divisional Joint Director of the Health and Family Welfare Department, Mysuru, inaugurated the event that had the theme ‘Pharmacist: Your Medication Counsellor.’