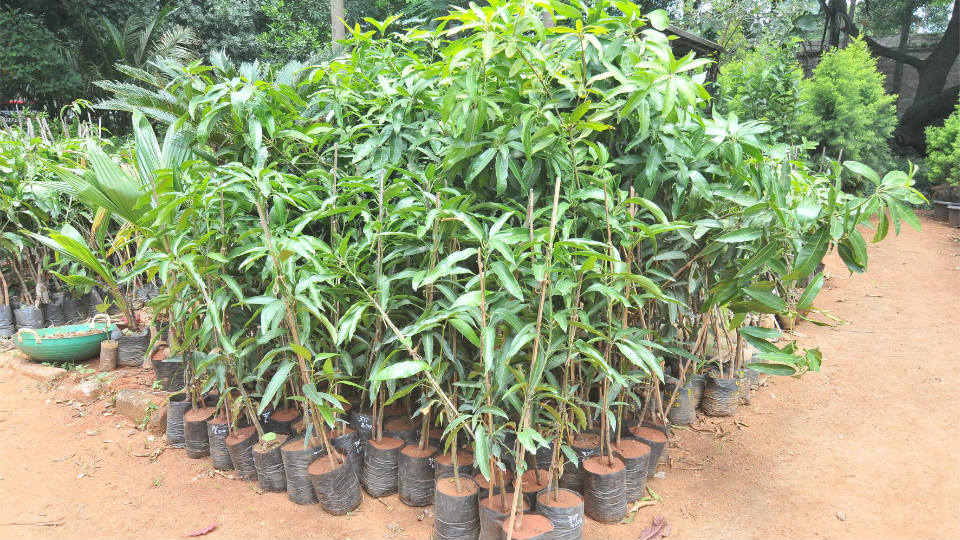 Mysuru: After freeing the city from plastic, the District Administration has embarked on a mission to make roads in city and highways permanently green and Deputy Commissioner D. Randeep has sought the assistance of government and private organisations to accomplish this mission.

Addressing a meeting at his office here yesterday, Randeep said that the city having got the recognition of clean city devoid of plastic and garbage should be made greener by planting saplings which can grow for the next 50 years. He pointed out that a few organisations have volunteered to plant seed balls and Mysore Grahakara Parishat (MGP) has floated a body ‘Green Mysuru.’ He observed that the co-operation of MCC and Forest Department too was vital to promote greenery.

Continuing, Randeep said that 100 parks and 100 schools with good infrastructure would be selected to plant saplings which can be nurtured and grown by the staff there. He directed MCC Commissioner G. Jagadeesha and DCF Hanumanthappa at the meeting to identify suitable places to plant the saplings.

Briefing the meeting, Jagadeesha said that 400 parks have been identified in city out of which 100 are small and tender has been invited from a private organisation to develop 75 parks. 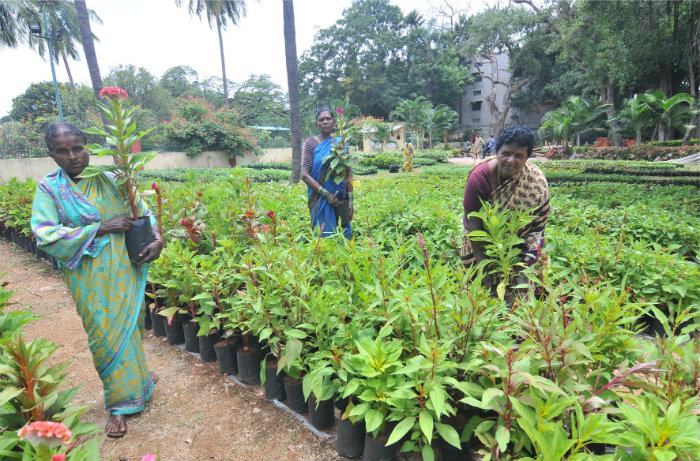 Speaking on the occasion, Hanumanthappa opined that drip irrigation should be followed to retain plants green throughout the year and thus save consumption of water.

Participating in the discussions, Environmentalist Vasanth Kumar Mysoremath suggested that prominence should not be given only to plants that offer good shade but also provide food to animals and birds. However, Jagadeesha expressed apprehension on growing fruit-bearing plants in parks which may be problematic for visitors to park.

Summing up, Randeep said that a bigger green campaign is envisaged for 2018 but this year 12,000 saplings would be planted as scheduled in the plan of action rolling out from next month. He added that the green campaign would be planned on the lines of people’s movement to rope in maximum number of people. However, he assured to go ahead in a planned way ensuring that the lung spaces are retained.

He added that industry representatives have been requested to support the campaign as part of their corporate social responsibility initiative.