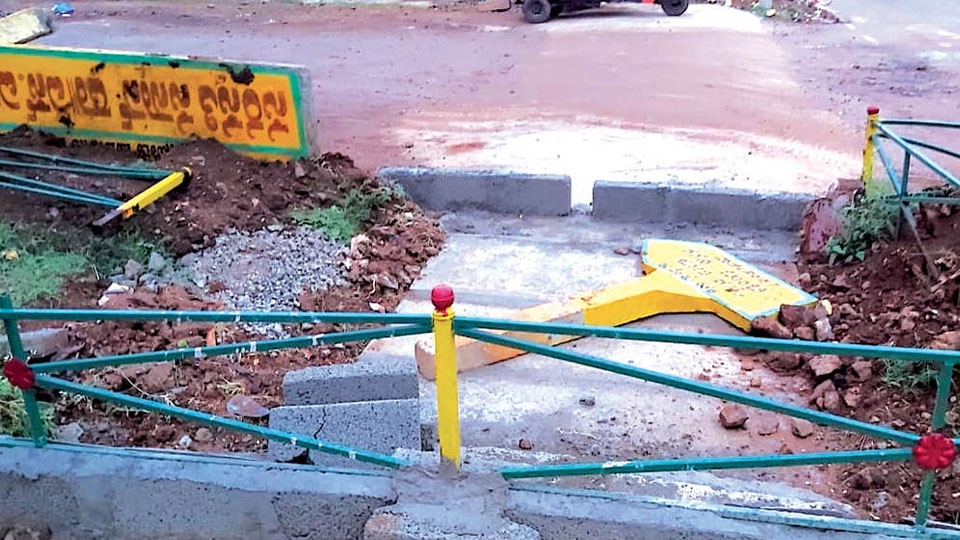 Plea to re-install S.L. Bhyrappa’s name board at Circle

Mysore/Mysuru: Aniketana Trust President and former Corporator K.V. Mallesh has urged the MCC authorities to re-install the name board of renowned Novelist and Saraswati Samman awardee Dr. S.L. Bhyrappa at the Circle in front of Garuda Park in Kuvempunagar, that was removed for carrying out drainage works over two months ago.

In a press statement, Mallesh said that the MCC had named the Circle in front of Garuda Park at Udayaravi and Gaganachumbi Double Road after Dr. Bhyrappa and installed a name board a few years ago. But the MCC removed it for carrying out Underground Drainage works about two months ago and the authorities have not bothered to re-install it even after the works were completed.

Recalling that the MCC did not bother to re-install the name board of noted activist late Prof. K. Ramdas at the Circle on Panchamantra road in Kuvempunagar, which was pulled down several years ago for carrying out some works, Mallesh said that the name board of Dr. Bhyrappa too must not meet the same fate and the authorities must re-install it at the earliest as respect for the acclaimed Novelist, who regularly walks past the road where the Circle is located.