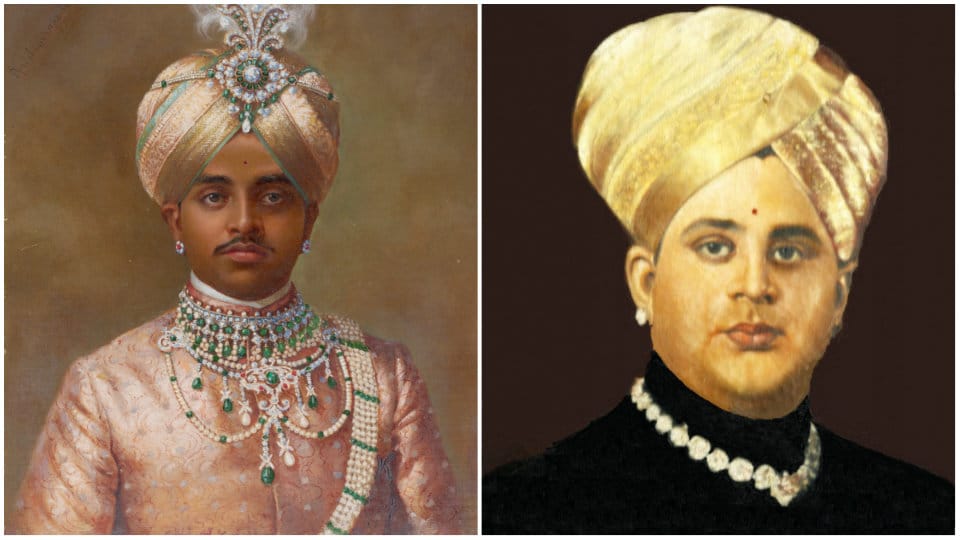 Plea to use Wadiyars’ photo in Dasara logo, posters

Mysuru:  The President of Karnataka Rajya Ursu Mahasabha, District Unit, Nandeesh G. Urs has threatened to stage a protest against the State Government if it fails to use the photos of Nalwadi Krishnaraja Wadiyar and Sri Jayachamarajendra Wadiyar in Dasara logo and posters during the  festivities.

In a press release, he criticised the State Government and Nada Habba Dasara Celebration Committee for neglecting the contributions of erstwhile royal family in the development of Modern Mysore and Karnataka State.

The Mahasabha has also urged the Government to allow the members of Kshatriya Ursu community to participate in the Jumboo Savari procession along with their traditional dress.

The State Government should also the name the main Dasara cultural stage after Jayachamarajendra Wadiyar on account of his Centenary celebrations.

The Government should also allow Ursu community people to sing ‘Kayo Shri Gowri’ which is usually officially sung by Mysore Maharajas during Vijayadashami procession and other cultural programmes, stated the release.

The members of Samagra Karnataka Rakshana Vedike, Mysuru, too have demanded the District Minister and District Administration to include the photos of Krishnaraja Wadiyar and other members of royal family in all Dasara posters, logo and publicity materials.

In a memorandum submitted to the Deputy Commissioner, President of the Vedike Aravind Sharma said the District Administration had insulted the royal family by not putting their photos on posters.  There is no need to seek permission from Pramoda Devi Wadiyar and other members of the royal family to exhibit the photos in Dasara posters as they would not object.

Meanwhile, Nanjaraja Bahadur Education Charity Fund Boarding Home and Sri Rama Seva Ursu Mandali too have urged to use the photos of the Wadiyars in the Dasara publicity materials.