He was speaking after unveiling the Dasara Logo and releasing the Gajapayana Poster, at the DC Office, here this morning. “This year it is neither going to be a very simple nor a grand Dasara, but a traditional one like the earlier years. The CM has also agreed to release Rs. 21 crore for repairing and developing inner roads in city and Rs. 117 crore for repair works of 17 roads leading to Mysuru from Bengaluru,” the Minister said.

He said since there was a balance of Rs. 5.25 crore from last year, even that will be released once the utility certificate is given and asked the officials to maintain the cleanliness of the city. 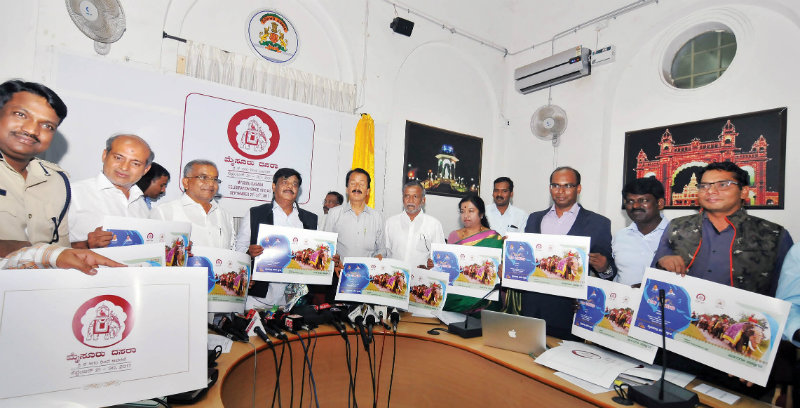 The CM had also agreed to release Rs. 50 lakh for Srirangapatna Dasara and Rs. 1 crore  for Chamarajanagar Dasara.

Though efforts were made to have a permanent logo design, since the logo was done in a hurry, if there are any changes it could be incorporated next year, said Dr. Mahadevappa.